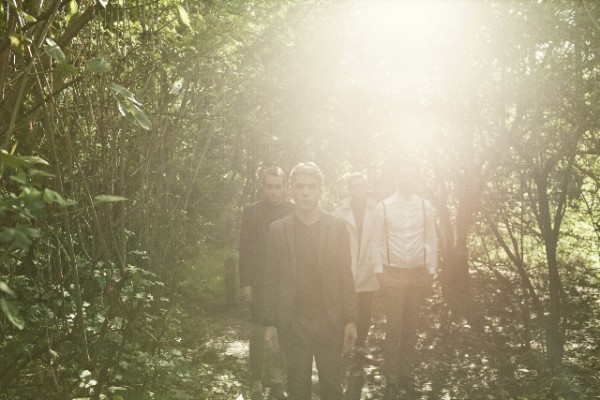 ‘Sirens’ is the eagerly anticipated second single from hotly tipped Sheffield newcomers STARLINGS. Released on the 23rd May it showcases their significant talent and reiterates why the band have been seen in so many 2011 ‘Ones To Watch’ lists.
Welding dance synths and disco beats with indie rock, Starlings bristle with the energy of bands such as The Killers and Friendly Fires. Fusing this underlying energy with a sprinkling of sounds from their forefathers (Talk Talk, New Order and early Simple Minds), STARLINGS create music that is dynamic and danceable.
The band have enlisted The Grid and Beyond The Wizard Sleeve supremo Richard Norris to produce their debut album (due out late 2011) and he has been instrumental in shaping the band’s ‘balearic indie’ sound.
The four-piece, together for little over a year, use elements of Sheffield’s electronic past to remind us that the Steel City was once the UK’s heart and soul of synthesised electronic music. STARLINGS channel Sheffield’s musical heritage into their very own synth driven sound.
Live, STARLINGS are a must see band. Captivating to watch, frontman Justin Robson nods to Jim Kerr, takes a twist of Mark Hollis and puts on a performance oozing with his own indie street cred. The ambition and passion is evident, you will be wowed. And word is spreading, Starlings have already shared stages with the likes of Fenech Soler, Kele (Bloc Party) and Kissy Sell Out and are due to announce some extra special festival dates in the not too distant future.

If you do get chance, make sure you see STARLINGS live at one of their upcoming dates:

NEW LINKIN PARK SINGLE ‘IRIDESCENT ‘ TO BE FEATURED IN TRANFORMERS: DARK OF THE MOON FILM

TOM MORELLO : THE NIGHTWATCHMAN TO RELEASE UNION TOWN VIA NEW WEST RECORDS ; ALL... 31 May 2011 | aaamusic