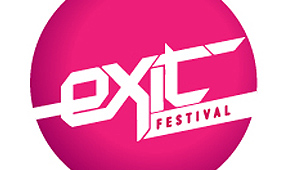 Giving the boys a run for their money on the Main Stage – M.I.A. will be bringing some girl power to EXIT. British artist M.I.A. will perform on Friday 8th July. Renowned for her eclectic compositions combing elements of hip-hop, electronica, dance, alternative and world music M.I.A is back and as incendiary and forward thinking as ever. After two hugely acclaimed albums 2005’s ‘Arular’ and 2007’s ‘Kala’, the global success of Paper Planes, Oscar nominations, and that Grammys performance, M.I.A returned to form with last years release ‘// / Y /’ Recorded in Los Angeles, the album features production from Rusko, Diplo, Blaqstarr and Switch, a collaboration resulting in dubstep bass and grinding industrial noise being added to MIA’s unique armoury of sounds. ‘// / Y /’ draws influence from our technologically changing world, now that our every thought and action is documented and posted for everyone to see. The album is an uncensored screen-grab of 2010 and fans can experience this new material live at EXIT.

Bad Religion will also play the Main Stage. Known for their soaring 3 part vocal harmonies, sophisticated and intellectual lyrics, including political and religious commentary, Bad Religion are considered one of the most successful independent punk acts, selling over 5 million albums worldwide. The band have released 15 studio albums, and achieved their greatest success with their 1994 album ‘Stranger Than Fiction’, which obtained gold status in the US. The same album also spawned their well known hits “21st Century (Digital Boy)” and “Infected”. In the 32 years since its inception, Bad Religion has had numerous lineup changes, and vocalist Greg Graffin has been the only constant member, although the band currently features three of the original members who will bring some hardcore, punk rock mayhem for a high voltage performance the fortress. EXIT loves to rock!

Meanwhile in the legendary Dance Arena, Groove Armada will be unveiling their new Red Light ‘Decks & FX’ show on Saturday 9th July. Over the past decade Groove Armada have become one of the most loved and biggest selling dance acts on the planet. They enjoyed huge success during their career so far with their second album ‘Vertigo’ released in 1999 reaching platinum sales in the UK and the follow up ‘Goodbye Country: Hello Nightclub’ going Gold in 2001 with the single “Superstylin” also being nominated for a Grammy. 2010 saw ‘Black Light’, their 6th studio album reaching critical acclaim and a Grammy Nomination for Best Electronic Album and 2011 now sees the duo opening a new and exciting chapter of their musical life. Festival favourites Andy Cato and Tom Findlay are back behind the decks to wow crowds once again with their new project Red Light. Expect the unexpected.

To end Saturday night’s proceedings in style will be Better Lost Than Stupid aka Martin Buttrich, Davide Squillace and Matthias Tanzmann. Each individually known for their contributions to the house and techno scene, together they are setting decks alight worldwide. From Circo Loco parties in Ibiza to poolside parties in Miami, and now to Exit Festival for Saturday’s infamous Dance Arena closing set. This going to be one hell of a closing set bordering on chaoscrazysexyfunnycoolamazinglywickedlyincredible and we just can’t wait! Also introducing the young lady on everyone’s lips, Maya Jane Coles is one of the scene’s most talented and up and coming artists in electronic music. Her forthcoming EPs on Mobilee Records, her ability to create songs and not just music for dancefloors will no doubt elevate her status even further. A bright talent with more than a couple of strings to her bow Maya Jane Coles is only just getting started. Another fresh talent for Exit will be Union who will be starting the proceedings on Sunday with their unique take on ‘crunkstep’ along with a selection of tunes that nods towards 2ManyDjs inimitable style. Taking the UK by large, rocking dancefloors and festival alike, all whilst leaving a trail of aural destruction behind them. Miss them at your peril.

AFTER EXIT 2 BELGRADE:
Want to see Belgrade – the capital of fun? This year will also see FREE post EXIT events happening in the city Belgrade, with music and entertainment so festival go-ers can spend longer in Serbia experiencing the warmth of the Serbian people whilst having fun and seeing new sights and cities. It’s an adventure and festival in one! For two days and nights Belgrade streets will be at your disposal – Party Street, Art Street, Ethno Street, Chill out zone, and much, much more… For more information please visit  http://www.exittrip.org/eng/afterexit

ATTENTION ALL STUDENTS!
Exit now offers UK students discount tickets click here http://www.etickets.to/exit/mfh1 and also coach trips from the UK with Music Festival Holidays. Leaving on July 4th and returning on July 12th, the package includes coaches from major UK cities, stop off hotel en route, 4 day festival and camping ticket all for £425 and you don’t have to pay it all in one go, they have a deposit scheme in place so you can pay it in two instalments. Just head tohttp://www.musicfestivalholidays.co.uk/Exit-Festival or call 01829 781 860 for all information.

ABOUT EXIT:
EXIT  plays host to a variety of 800 performances on 20 stages connected by cobbled streets, ramparts and tunnels – a walk through the mystical fortress is like a trip through a magical wonderland. Music ranges from rock, dance, indie, Latino, reggae, electronica, chill out and regional music, so there is no better festival in the world that brings you so much value and so much variety! EXIT is still the coolest, most adventurous and best value for money festival experience in Europe for the discerning festival goer. Offering more entertainment, easier and cheaper travel options, stunning weather and an atmosphere unlike any other festival, ensure it’s on your list of things to do 2011!

And not forgetting the festivals roots and special meaning – Launched 12 years ago as a student initiated protest against the communist Milosevic regime, EXIT has proved that music is a universal language that can connect and bring people together to make the world a better place. EXIT continues to evolve and bring like-minded people together and although it gets bigger each year, the sentiment and unique vibe remains the same.

Alice Gold: debut single and tour with The Bookhouse Boys