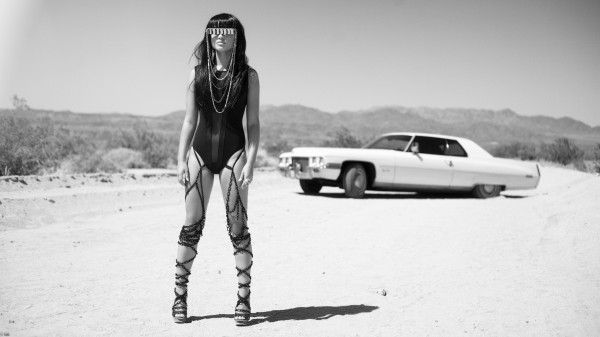 ‘Mirrors’ is a powerful introduction to the intriguingly dark pop of Natalia Kills. As atmospheric as it is catchy, watch the suitably edgy ‘Mirrors’ video here:

Born in Bradford 24 years ago to Uruguayan and Jamaican parents, Natalia moved to L.A. in 2008 and was signed the same year by Will.i.am in a joint partnership with Interscope and Cherrytree Records. Tipped by Perez Hilton, who booked her for his One Night In Jersey gig in Atlantic City, and Popjustice, who touted her as “Pop’s next superstar”.

Taking visual and musical references from Bladerunner, Mad Max and power pop ‘80s acts like Depeche Mode, Kate Bush, The Eurythmics and Queen, Natalia Kills twists these influences into something new and original, delivering a 360° narrative that can be seen in her videos, photoshoots, artwork and fashion, and throughout her film-noir style self-made webisode series ‘Love, Kills.’

Following her eye-catching debut UK tour with Kelis last November, Natalia Kills went on the road with Robyn earlier this month. More UK shows to be announced in the near future.

Robotaki have taken hold of Natalia Kills  single and re-mixed into an upbeat track – really great to get into the Summer mood with:

Also check out this brilliant acoustic version of ‘Mirrors’, performed at The Cherry Tree house here: