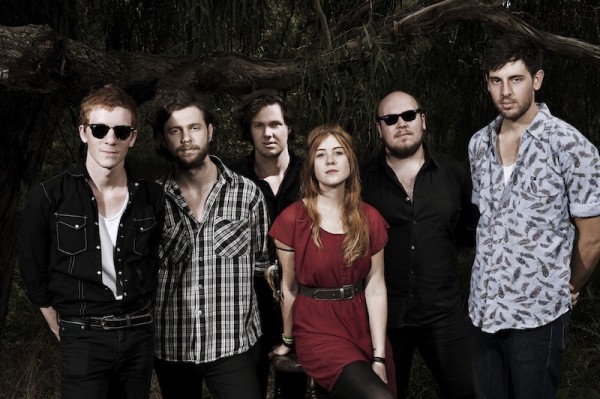 Coinciding with the release of The Middle East’s debut album ‘I Want That You Are Always Happy’, ‘Hunger Song’ will also be released on June 6th through Play It Again Sam (PIAS).

The album release comes nearly a year on from the now notorious ‘Recordings Of The Middle East’ EP which received high acclaim from press and praise at radio, topped off with a sold out show at Bush Hall in London and especially well received outdoor shows at Somerset House as well as slots at Latitude and Glastonbury.

Townvsille in Queensland hardly seems like the most fertile ground for a slice of luminous musical beauty but it’s where the seven-strong collective known as The Middle East were born, where some of them live to this day and where they recorded their debut album and single ‘Hunger Song’.