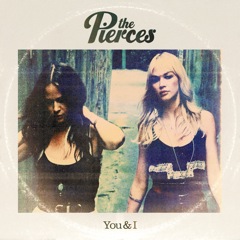 The Pierces are sisters, singers, and songwriters. They have a past that hints at dark secrets, casting spells, and stormy relationships with lovers and record labels alike.

Raised in Alabama by free spirited, hippie parents in a large family of five children, Allison and Catherine created a special bond through their music. Though they were both training to be professional ballet dancers in New York, they decided in their late teens to instead pursue a musical career and began playing in locals clubs. They quickly developed a following and record labels came courting soon after. After two false starts, The Pierces finally found their feet with their third release, Thirteen Tales Of Love & Revenge, an eclectic, critically acclaimed album that found them a devoted fan base who fell in love with the girls’ raw, quirky, and deliciously dark record.

Although The Pierces were receiving some long awaited recognition, years of struggling and frustration led Allison and Catherine to nearly breakup the band. Then a fateful phone call turned everything around for them – Guy Berryman of Coldplay had heard their music and wanted to work with them. Berryman and Grammy Award winning producer Rik Simpson had recently started their own production company, The Darktones and decided The Pierces should be their first project. 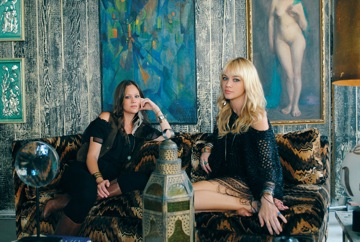 They recorded half of the record in London in Coldplay’s studio and half in New York City, where the girls’ still live. It is evident in the new album that the girls have experienced a kind of awakening. The sound is more confident and honed with big, sweeping melodies and haunting, lush harmonies. The lyrics are beautiful and longing but spiked with the clever, witch-y darkness that gained them recognition on their previous album.

Having signed to Polydor last year, they released the critically lauded Love You More EP in October which led to an appearance on Later with Jools Holland and earned them plaudits across the board including Q, The Fly, The Sun, Sunday Times Culture, The Guardian and the Evening Standard who declared them “Pop’s Hottest Hopes for 2011”. The girls were also invited to support Lissie on her UK tour and headlined a New To Q gig on January 28th at Bush Hall. Their current single ‘You’ll Be Mine’ is A-listed at Radio 2 and is Top 10 in the UK airplay charts, following its recent top 10 placing in the iTunes chart.

You & I features eleven stunning tracks; You’ll Be Mine, It Will Not Be Forgotten, Love You More, We Are Stars, Glorious, The Good Samaritan, Kissing You Goodbye, Close My Eyes, Space + Time, Drag You Down and I Put Your Records On.

Ahead of a packed summer of festival appearances The Pierces head out on a UK tour in June: