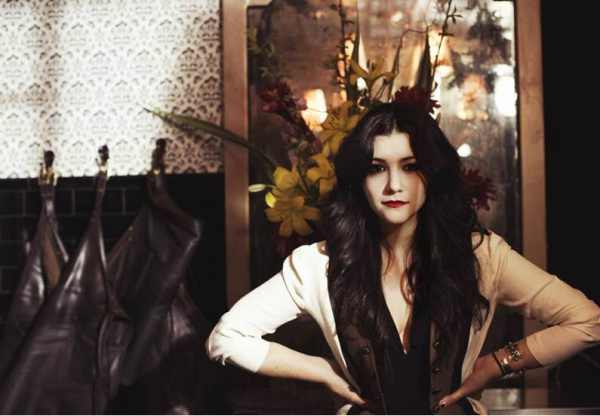 Detroit born, Alex Winston is currently putting the finishing touches to her debut album – due August 2011 through Island Records – working with The Knocks and award winning producer Charlie Hugall (Florence and the Machine).

As Alex is hitting the home straight in the studio, she’s postponing her upcoming May UK shows for a few weeks so she can get the record finished before heading out on tour.

**Please note these dates replace the previously announced May dates**
Original tickets remain valid for the new Dublin, Glasgow, Bristol and London dates (please note change of venue for London). Refunds will be available from point of purchase.

A talented multi-instrumentalist with a voice reminiscent of Joanna Newsom, Lykke Li and PJ Harvey, Alex Winston is causing quite a stir in the pop world. Having recently headlined a NME Awards Show, signed to Island Records, Alex is now making serious waves in America – her video for last single ‘Locomotive’ was the number 1 most played video on Pitchfork TV.

Taken from her critically acclaimed mini album (of the same name), new single ‘Sister Wife’ – produced by New York whizz-kids The Knocks – will be released as a digital download on May 16th through Island Records. Ladyhawke has bestowed the honour of her first ever remix on Alex Winston; distorted synths and snapping percussion punctuate her take on ‘Sister Wife’. Moonlight Matters and the German producers Les Loups have also put their respective spins on the forthcoming single. 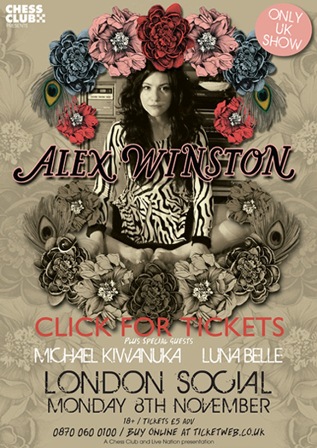