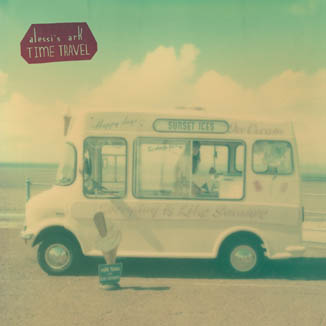 21 years old, well, not yet, Alessi provides 12 sketches of romantic and melancholic pop (only the s/t Time Travel lasts more than 3 minutes) that strike from the first notes of Kind Of Man, where Alessi describes features of her ideal man, on a background of gentle blues.

While on the press she has been compared to the likes of Bjork and Hope Sandoval, here she reminds us more of Emma Pollock from Delgados (Must’ve Grown), with hints of Tracyanne Campbell from Camera Obscura. Alessi’s not Scottish though, but from West London:  “I liked the idea of a boat, where everybody is welcome, even friends that are geographically far away – we are together”, she says about her moniker.

Alessi’s talent is clear and her voice so limpid that it comes very easy to forecast a bright future for her. Maybe I know is a splendid cover of Lesley Gore’s 1965 success hit, where instead of the dreamy lyrics that characterise the rest of the album we discover her taste for dark and sad topics. The conclusive The Bird Song shows her mastery in assembling different sounds together, such as the ukulele and the brass section. With its measured naivety and its timeless sound, Time Travel is the launching ramp of a new folk-sensation, no doubts whatsoever.