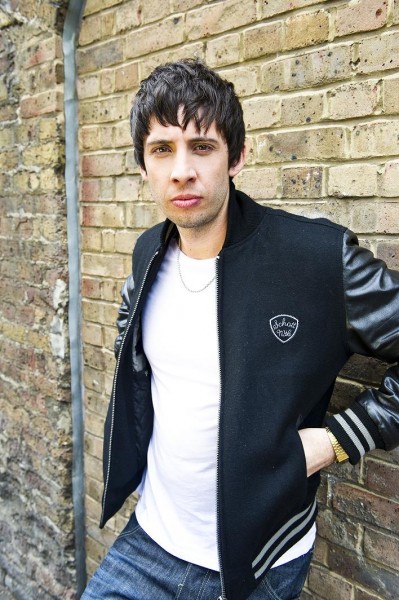 Example’s kicked off 2011 with an almighty bang, already he’s sold-out his 15-date UK tour and had one of the biggest viral track hits of the year with the killer Skream collaboration ‘Shot Yourself in the Foot Again’ which received over 2 million YouTube views, climbed to #1 on HypeMachine and became a viral hit across the world.

There is no rest for man of the moment Example, he’s back and means business. Armed and ready to take over our airwaves once again his massive comeback single “Changed The Way You Kiss Me” gives us a taste of things to come from his third studio album, “Playing in the Shadows”, released later this year. Produced by dance pioneer Michael Woods, “Changed The Way You Kissed Me” sees Example back on form at his very best. Utilising a dirty bass backdrop infused with big synth-heavy hooks, Example is able to lay over his classic lyrical prowess of tales of girl trouble and unrequited love.

“Changed The Way You Kiss Me” has already received massive support from Radio 1’s Zane Lowe, Annie Mac & Nick Grimshaw, as well as reaching #1 on HypeMachine within a matter of hours of it being leaked online, this huge summer anthem is sure to see Example tearing up dance floors and tents across the festival circuit in 2011!

As well as making tunes for his own eagerly anticipated album, Example has also featured on the Wretch 32 radio smash ‘Unorthodox’ and Giggs’s ‘Look Over Your Shoulder’.  Alongside this and his new material, Example will be nurturing the leviathan that is Example Live with a constant stream of live dates across the UK and Europe leading all the way up to festival season including appearances at Wireless, Lovebox, Big Chill, V2011, Creamfields and he will be returning to the Balearics to headline this year’s Ibiza and Majorca Rocks.

Changed The Way You Kiss Me will be out in June 2011 and with fan uploaded samples already in their thousands on YouTube hits, it is clear that the love for Example’s genre bending club bangers is stronger than ever!

For more information on Example and a list of UK tour dates go to –http://www.myspace.com/leadingbyexample / www.trythisforexample.com

Tribes – ‘We Were Children’ Video