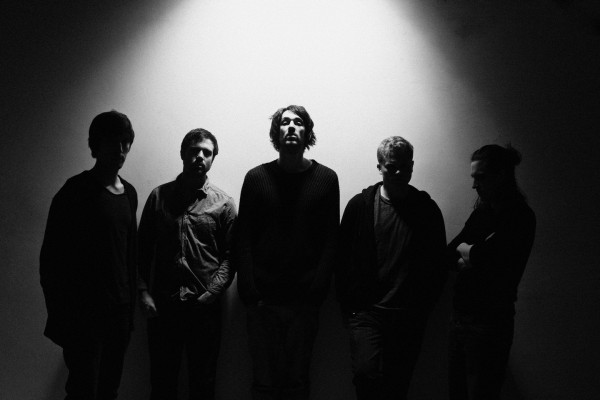 London-based quintet Duologue release their self-titled debut EP next Monday 2nd May. To mark the EP launch, the band will headline Electrowerkz (Islington, London) on Thursday, 5th May.

A free download of stand-out track ‘Get Out While You Can’ from the EP was released late last month.

Duologue – Get Out While You Can (free download) by Stayloose

On premiering this free download in late March, Abeano said of ‘Get Out While You Can’… “Patching together gritty blues rock and skewed glitches, Duologue’s sound billows like a gust of desert dust and city dirt. Intense and urgent, the lead track on the group’s self-titled debut EP might as well be warning us not to get too sucked in to their spiral of sound. A near futile mission…”

Over the past six months Duologue have emerged from London’s live music scene swirling up a storm of anticipation via the incredible one off shows they’ve created at underground venues and newly discovered performance spaces, promoted solely through word of mouth and a burgeoning mailing list of loyal fans and faithful followers.

Deceptively titled they are in fact a five piece, consisting of founding members Tim Digby Bell (vocals) and Toby Leeming (live programming and beats) as well as violinist Seb Dilleyston, guitar, Toby Lee and Ross Stone on bass. Theirs is a hard to quantify sound, one which eschews the usual prescribed definitions of a rock band as they meld electronic and analogue over inescapably haunting melodies, cinematic strings and growling shadowy bass.

Though born out of Digby-Bell’s and Leeming’s shared passion for future music – dubstep, Aphex Twin and the rest of Warp’s output and Detroit technicians such as Carl Craig – what makes Duologue a band, and not just another experimental act destined for a glittering career in the blogosphere underground, is a real ability to use such a wide range of disparate yet vital influences to produce knockout rock songs fit for stadiums.

Their eponymous debut EP is the perfect example of their eclectic catalogue, opening with the grinding blues electronica of ‘Get Out While You Can’ leading into the thrilling post-dubstep rock of ‘Racketeer’, the rousing and hypnotic ‘Marching Orders’ all sewn up with anthemic ‘Zeros’.

With a self mixed and produced album already sketched out the band continue to write, explore, risk take and seek out untapped juxtapositions of beats and melodies, riffs and samples redefining and injecting rock music with a whole new purpose in the process.