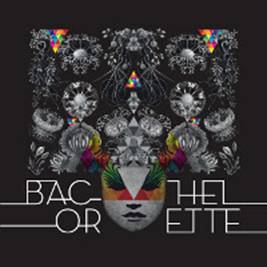 BACHELORETTE IS THE SOLO RECORDING AND LIVE PERFORMING PROJECT OF ANNABEL ALPERS.

Annabel is from New Zealand but currently based on the east coast of the USA. She cut her teeth in cult bands such as Christchurchʼs psychedelic surf outfit Hawaii Five-O, Space Dust and the Hiss Explosion, then went on to complete post-graduate studies in computer-based composition at the Universities of Canterbury and Auckland in New Zealand. After her studies, Annabel returned to what she loved best – making psychedelic pop music – and Bachelorette appeared on the scene in 2005.

Her breathtaking live set developed around a ʻbandʼ of 3 old CRT monitors, which were borrowed from acquaintances or picked up from recycling stations and thrift stores in each town. On stage, the CRT ʻbandʼ simultaneously displayed waveform patterns and other synchronised visuals corresponding to separate recorded instruments, as Annabel sang and played along with them.

Though Bacheloretteʼs third full-length record was written on Earth – Oxford, UK; Tripoli, Libya; Millwood, VA – it is more at home gliding through surreal galaxies and swimming through a matrix of coolly illuminated neural networks. But these journeys are the same – both echo with an aching solitude, the conditions that Annabel Alpers needs to dream up her minimalist electro psych pop. And even when local sound waves enter her work – as cathedral chimes did in Oxford — they return in swathed in a lunar halo.

The album is epic from the beginning. Hovering over a fluttering blanket of voices, a ghostly vision of the future is distilled with the same seductive inevitability of a Greek oracle. Our destiny set,Bachelorette gestures toward an alien solar system. Here, some planets shimmer, shrouded in an emerald light, another finds a civilization forever in the trance of a gorgeous mechanical heartbreak. Still other planets are pummelled by asteroids of distorted sounds and dissonant, unmusical space trash.

Mixed by Nicholas Vernhes at Rare Book Room (Animal Collective, Beach House) in Brooklyn, these twelve tracks are built on minimal synth grooves, strummed guitar, innocent whistles wondering through cold hallways, and occasional accompaniment on drums. But all are guided by Bacheloretteʼs ethereal lead vocal. This albumʼs greatest triumph is that its abundant pop melodies displace any heroic presumption associated with such an ambitious journey. Whether wandering through your labyrinthine, echoing consciousness or embarking on an interstellar marathon, youʼll want to sing along.

Catch Bachelorette’s psychedelic pop live in the UK this May!... 11 April 2011 | aaamusic