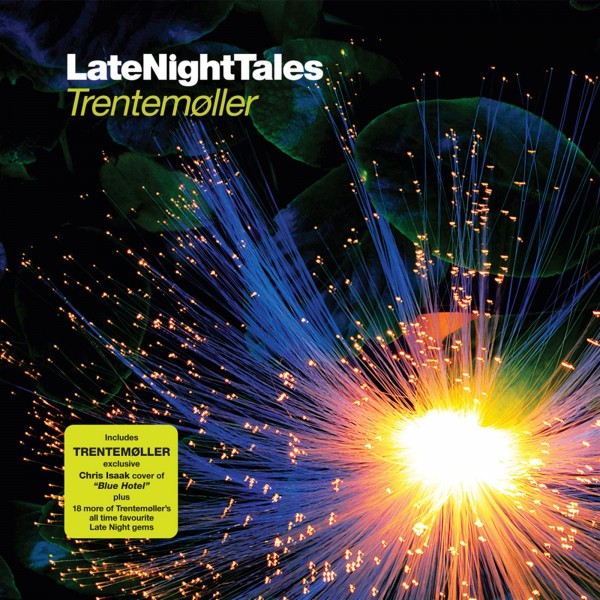 Imagine if The Cramps had been kidnapped by choral monks and taken hostage deep in the forests of the Ardeche and ordered to pray to God and a Roland 808 drum machine. It’s implausible, admittedly, but with that in mind we’d ask you to kindly close your eyes, place the headphones on your head and soak in the atmospheric world of Anders Trentemøller.

Occasionally you encounter an artist for whom it’s not simply about mere taste, but about atmosphere and Trentemøller is surely among their number. For here is a sound in all its florid glory that evokes frosty Belgian cathedrals full of sturdy Flemings praying for salvation; or a wintry plain somewhere in Denmark, with the car broken down, walking forlornly towards Zealand in the hope that another human might take pity. This is Gothic pop with a side order of tremolo arms.

Trentemøller is the Dane who did. He’s been making electronic music of one kind of bent or another for over 15 years, first making his name as part of Trigbag, a live house act that toured extensively. But it’s his solo material that has impacted on the dance community – and beyond. ‘La Champagne’ was a game-changer and his remixes of artists like Sharon Phillips secured his place as an artist with some serious chops. But that’s not all he is. You can hear that yearning in his productions and it’s evident here, a sort of Protestant northern European melancholy.

He is aided on his journey towards the Baltic by some heavy hitters, of course: Velvet Underground, Mazzy Star, This Mortal Coil. But that’s not the story, it’s not where the plot comes from, it’s not where we’re going. It’s just a little indicator to reassure you we know the way. No. For it’s in the dark beauty of Low’s tremulous ‘Amazing Grace’ or even the way that the Shangri-Las’ ‘(Remember) Walkin’ In The Sand’, surrounded by the similarly inclined, takes on a funereal gait.

As we navigate the flatlands of your mind, we’re helped along by a generous sprinkling of Anders’ fellow Danes, like Darkness Falls (the atmosphere of this mix aptly encapsulated right there), Ekko, Chimes & Bells and the Late Night Tales tradition, Trentemøller’s cover of Chris Isaacs’ ‘Blue Hotel’, sung by Marie Fisker and Steen Jørgensen.

Music journalist Paul Morley adopts the bedtime storyteller mantle with a narration of part one of a new short story ‘Lost For Words’.