Piatcions debut album “Senseless>Sense” Out Sept. 5th on I Blame The Parents Records 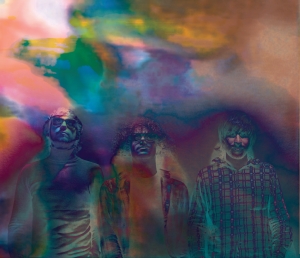 Piatcions debut album, “Senseless>Sense”, will be released on Sept. 5th on London label I Blame The Parents.
Only two years old, Martin Brimicombe’s label is one of the most active, passionate and reliable new Uk labels, with great bands like The Outdoor Types, The Alligators and many others already in its roster.

The album will be available in luxury cd digipack and digital formats.
Coming September 2011 Senseless>Sense is a grown up album – gossamer sounds build to epic Kraut riffs, dazzling and epic.
Senseless>Sense was recorded with the production of James Aparicio (recently at work with Wild Palms, Liars, Spiritualized), and with Robert Toher from influential NYC band APSE (ATP Records) blessing a couple of songs with his unique voice.

Artwork is designed by Ciaran O’Shea (Disc Error, ECC).
Piatcions’ debut 7″ “Fireworks Generation” dates back to 2009, then the single “Time”, released in May ’10, quickly became a nu-gaze favourite, getting the Top 5 Eps of 2010 on Anti-Snob Blog (US).
Piatcions played several Europe gigs in the past years, and in 2010 became familiar with UK stages, bringing their heavy sound to key venues like Proud Galleries, Peter Parker’s R’n’R Club in Soho, Buffalo Bar and Club Das Ende in Southampton with Suicide Party and One Unique Signal.
And they got noticed indeed! With a proper Uk tour on the way the week of the release and a Europe tour to follow in November expect more great stuff to come!

ANTI-SNOB.com’s Top EPs 2010
1 The See See – Mary Soul
2 Cold War Kids – Behave Yourself
3 Vampire Hands – Skull Judge
4 Thee Piatcions  Time
Sounds XP // Thee Piatcions are a fine psychedelic pop outfit from Northern Italy. There EP has the drones and grooves of bands like Spacemen 3, The Warlocks and the BRMC but retains its pop hooks.
Loudhorizon.com // Title track’Time’ is l ike the Stone Roses had just come back from their summer holidays in India. There’s a great, smooth shuffling sound of jangly guitars with and Eastern tip, mixed up with slight reverb on the vocals and harmonies. Class! (9/10)
Mojophenia // Try mixing The Bryds, Velvet Underground and Spacemen 3, add some Italian sophistication, you`re sure gonna get the right kind of result.
Unpeeled // They managed to travel backwards in time to rediscover, rework and excavate the original site of the Shoegaze, the late sixties. Not that Thee Piatcions are slavish revivalists, they take a genre, fuck with it and produce some fresh mown, hotly oiled, vaguely soulful, doped up garage rock.
Hits In the Car // They find inspiration in psych rock of the 60’es and the alternative rock scene of the early 90’es and blends it all together nicely to create a very intriguing sound.

THE TREWS album ‘Hope And Ruin’ released May 30th