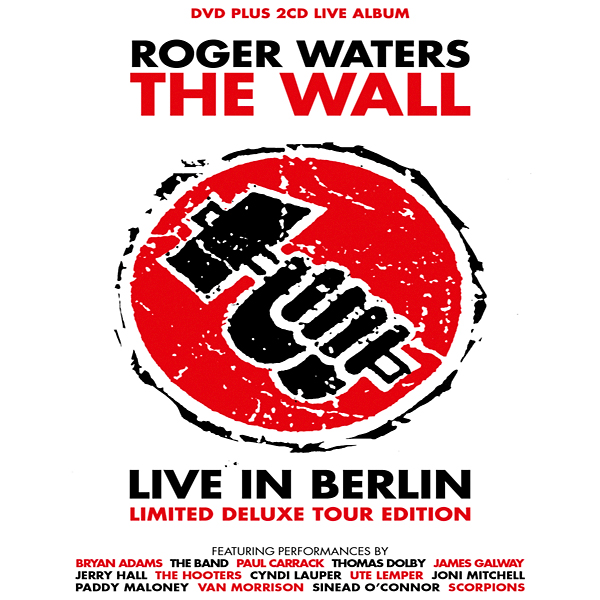 Couple of weeks prior to the London debut of the new, acclaimed production of Roger Waters’ The Wall, the 20th anniversary edition of the legendary Berliner concert lands on my desk. For those (are they any?) who are not familiar with this concert, perhaps because too young to understand the meaning and importance of such album played in such location in the wake of the fall of the Berlin Wall, this is the perfect occasion to get to know more.

There are many reasons why this concert is so memorable and why this record is so relevant even 30 years later.

Few months have passed since Germany became one again; it almost feels surreal to think that a wall divided a country, families and destinies of thousand of people from 1961 (when the first bricks have been laid down) to its fall on 9th November 1989. Nothing could have expressed the feelings of desperation, hope, fear and rage as well as Waters’ The Wall – which also explored the singer/songwriters own fears and monsters, united to the Berliner Wall by the haunting ghost of the war.

On 21st July 1990 an all stars band, featuring the likes of Waters himself, Bryan Adams, Thomas Dolby, Jerry Hall, Cyndi Lauper, Ute Lemper, Jony Mitchell, Scorpions, Van Morrison and Sinead O’Connor amongst others reunited between Potsdamer Platz and the Brandenburg Gate to perform the iconic album. Together with the 250,000 attendees and the audience back home, they sent the message of no more walls and no more wars. Unfortunately, as we know, the message was soon forgotten. Nevertheless, the atmosphere of the day, the concerns, hope, fear for the unknown of both the audience and the performers does not fail to impress and hit the viewer, prompting for some serious afterthought on the world that we all created. Highly recommended.

The Beautiful South – Live At The BBC