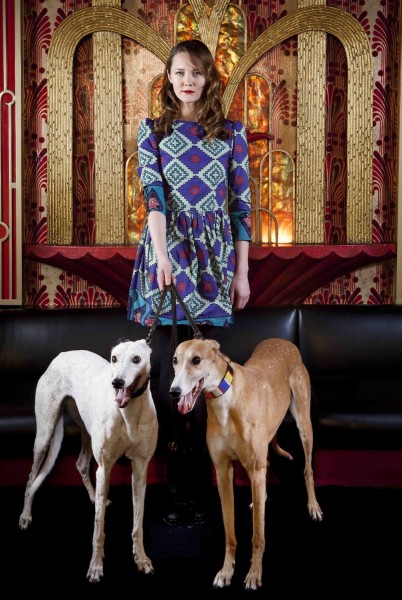 Mechanical Bride has unveiled the stunning video for her new single ‘Colour of Fire’ over on the Transgressive Records YouTube channel. Shot in Berlin, in the same building that Roman Polanski used for ‘The Pianist’, the video is the perfect accompaniment to this hauntingly beautiful track.

‘Colour Of Fire’ is the first track to be taken from Mechanical Bride’s long awaited and much anticipated full length debut album ‘Living With Ants’ which will be out in June.

Mechanical Bride, aka 25 year old self taught musician and songwriter Lauren Doss, showcased new material from the forthcoming album at a very special, one-off live show at Dalston Boy’s Club last week. The tracks got such a good reaction that she then went on to perform a second show as surprise support for Transgressive label mate Liam Finn when he played to a sold-out crowd at Hoxton Bar & Kitchen last Thursday.

‘Living With Ants’ is the follow up to Mechanical Bride’s 2008 released ‘Part II: EPs’. This collection of beautiful songs included a version of Rihanna’s ‘Umbrella’ which received plays all over the airwaves from Radio 1, 2 and 3 to BBC6 Music and XFM and anchored this exquisite mini-collection which gained her critical acclaim as an exciting and talented new British songwriter as well as comparisons with the likes of PJ Harvey, Bat For Lashes and Laura Marling.