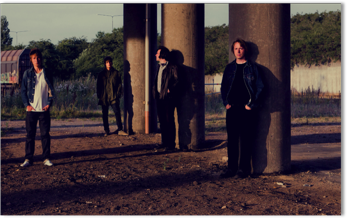 Following on from the success of sophomore single ‘Me and My Machine’, Sweden’s Mono Stereo are due to return in 2011 with brand new single ‘Girl, I Love You’, taken from their forthcoming debut album ‘Who Built The Pyramids?’.

As a prelude to the release of their next single proper, the band are giving away a free mp3 from their very first EP, Space Out, in the form of Orange Is Green. The band have also made available a four track live EP for free download from their website – http://monostereo.se

Orange Is Green plays on the brilliant, effervescent psychedelic persona that the band have become known for. Even at their youthful beginnings, as with this example from their very first release, it was impossible to ignore the comparisons to the likes of Brian Jonestown Massacre and The Black Angels that have fitted them so well. Now, having been daubed as ‘the Swedish psychedelic rock band of the moment’, Mono Stereo’s star seems set to rise further through the year and beyond.

Having branched out for their first ever UK tour at the end of 2010, as well as playing lauded shows in their homeland and their first German show, the preparation for their debut has begun in earnest.

One of the best singles of 2010 – The Dumbing Of America

If you want a wake-up call to something not full of reverb, contains no woe-is-me lyrics and not a trace of crap synthesizers, then Mono Stereo are well worth a listen – God Is In The TV

Free We Are Enfant Terrible download plus new video

Mono Stereo announce Me and My Machine and Debut UK Tour... 11 October 2010 | aaamusic 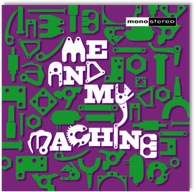