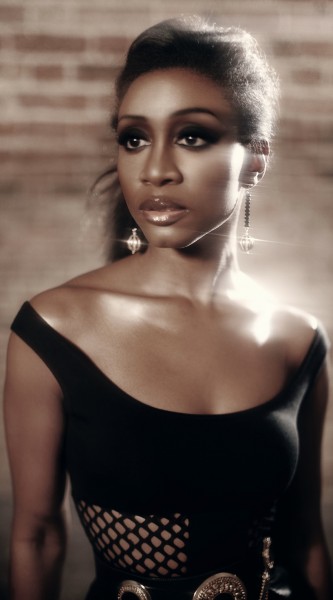 Beverley Knight will be releasing her highly anticipated 7th studio album on July 4th 2011. Entitled ‘Soul UK,’ the album is a celebration of UK soul music – the British songs and artists that inspired Beverley leading up to her own arrival on the UK scene in the mid 90’s. It is a personal journey, curated by Beverley and delivered with her own unique soul/gospel style, through some of her all time favorite soulful tracks by British artists. As with her previous album, 2009’s acclaimed Top 20 scoring ‘100%’, ‘Soul UK’ will be released through Beverley’s own label Hurricane Records.

Produced by Grammy winning Martin Terefe (James Morrison, Jason Mraz) and hot London production duo Future Cut (Lilly Allen, Beyonce), ‘Soul UK’ sees Beverley paying respect back to her forebears – and reminding the new generation up and coming just who paved their way. Taking in songs from a range of iconic artists – from Soul II Soul and Loose Ends to Jamiroquai and George Michael, it also includes some of the more ‘hidden’ gems that make up British soul’s highlights of the 80’s and 90’s, including Princess’s “Say I’m Your Number One” and Lewis Taylor’s “Damn”.

Knight says of the project: “I gave a lot of thought to choosing the songs I wanted to interpret for this album and it was great fun putting my own flavour and twist on tracks by some of the fantastic UK artists who preceded me and inspired me. A lot these artists opened doors for both myself and many others, and many of them are still going strong – so the album is, in part, a thank you to them. The UK is a world-beating producer of musical talent and this genre can sometimes feel overlooked and underplayed. I hope with this album that people can enjoy these songs all over again and in some cases discover them for the first time.”

The first taster from ‘Soul UK’ is a promo-only version of Soul II Soul’s club classic ‘Fairplay’, featuring an intro from Jazzie B himself, which will be serviced to clubs and specialist radio in April. Beverley’s version adds a fierce horn section and she owns it with some awesome one-take vocals. The first commercially available single is a storming take on Junior’s classic, ‘Mama Used To Say’, out June 20th.

Mallory Knox on tour with The First

Riz MC New Single – ‘All of You’ Released June 13th

Price Edward Island release their new single ‘You look like I need a Drink... 1 August 2011 | aaamusic