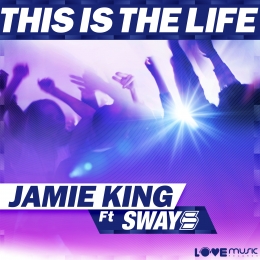 Sway is one of UK hip hop’s brightest stars. A talented lyricist and producer, he’s worked with some of the biggest names in scenes as diverse as rock, dance, R&B and, of course, hip hop on both sides of the Atlantic. Past collaborations include DJ Yoda’s ‘Chatterbox’ (2006), remixes of indie king Ian Brown’s ‘Illegal Attack’ (2007) and Jay-Z’s ‘Run This Town’ (2009), plus the Stanton Warriors’ ‘Get ‘Em High’ (2008).

Now, he’s turned his talents to ‘This Is The Life’, a party-starting raphouse anthem that taps into a sound currently taking the charts by storm. Showcasing his quick-witted wordplay and matchless flow with an ode to the night, the epic rave-inflected synths and house beat make this a surefire dancefloor smash.