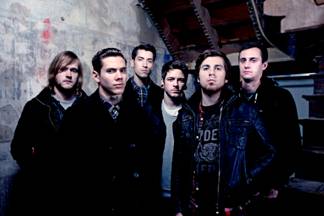 BUCKCHERRY give fans taste of what to expect from their appearance at this year’s Download Festival by releasing a video for ‘It’s a Party’.
Featuring live and exclusive backstage footage from the recently completed Jagermeister Music Tour in the States, the video is available to watch online here : http://bit.ly/ijfAvK

‘It’s A Party’ is taken from the band’s fifth and current studio album, ‘All Night Long’.

Buckcherry are also set to play the following UK dates:

They are available for phone/email interviews before they arrive and will be in London for two whole days on the 9th and 10th June so get your requests in quick!
Their new album, produced by Adam Dutkiewicz (Killswitch Engage), will be released in the fall – Check out exclusive footage from the studio here: http://bit.ly/iAoGxM

PAPA ROACH are also making their cinematic debut this week with their trailer for new single ‘No Matter What’.

Just two dates as below: