Following up their haunting debut single ‘Fix’, Beau and The Arrows are set to release ‘0.7.9.3.’ on limited edition 7” and download through Happy Release Records on 13th June.

Displaying a different shade to that of their debut, ‘0.7.9.3.’ is a bass driven anthem which retains the dual vocals and echoing guitar sounds of their first release but contorts and alters them to an equally transfixing result. ­This explosive and compelling track is fast becoming a live favourite and can be heard when the band play Brighton’s Great Escape on 12th May.

Of ‘0.7.9.3.’, singer and songwriter Beau Carter says: “It’s an anthem. An in your face, gut wrenching song that showcases the bare bones of what Beau and the Arrows are all about.”

Beau and the Arrows – One Last Summer (B side) by beauandthearrows

‘0.7.9.3’ is accompanied by the euphoric b-side ‘One Last Summer’. Lifting the band’s sound to yet new territories, both Beau and Jasmine’s vocals shine with an intense vulnerability, providing a distorted alternative to the traditional summer soundtrack.

Already heralded by BBC 6Music’s Steve Lamacq on his blog and interviewed as his ‘Favourite New Band’ on his show, Beau and The Arrows have received some incredible attention for their debut single ‘Fix’ and live performances. ‘Fix’ became Single of the Week at Manchester’s Piccadilly Records and was chosen as one of Rough Trade’s top ten releases. The Independent also chose the track as one of their favourites for the week. 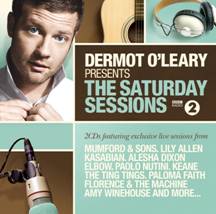