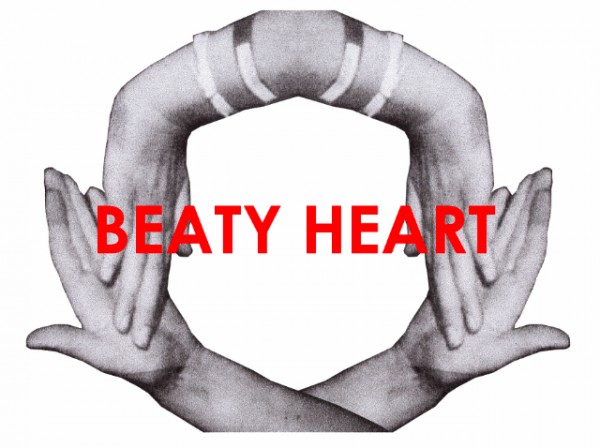 2Good by Beaty Heart from BEATY HEART on Vimeo.

Standing in Front of Beaty Heart’s first proper gig on a Friday night, it was hard to remember I was in a packed out, dark, sweaty room. My mind was elsewhere. Somewhere I imagine, amongst the cascading drums and thrilling melodies that had everyone dancing. Beaty Heart, four pretty faces from New Cross are just the right mixture of experimental and party.”

Beaty Heart was formed in 2010 as a four-piece video-art and music collective based in Peckham, South East London. After a year of bedroom recordings and strange and wonderful live sets, the collective has now developed into a band. With their organic percussive sound clash, its use of lush samples and vocal loops they have been described as a mixture of Battles, Panda Bear, Gang Gang Dance, Flying Lotus and Konono No1. Their studio experiences this year have brought the underlying pop sensibilities their live show always contained to the surface.

They are now about to finish their time at university and pursue Beaty Heart as far as they can. Their debut release “2Good” is a glimpse into their new world – a place where the influences from the music of their youth such as afro beat, dub and soul can really be heard. The release is the first 7 inch from the Machine Management run label Loose Lips Records. The track will be released on June 13th, and has been remixed by their good friend and hotly tipped producer Jam City. ‘2Good‘ will be followed up by an EP, which they are just putting the finishes to, and further shows around the UK and Europe.Beaty Heart wish to create worlds with their fresh and anarchic ‘Psychedelic Drum Pop’ and trap you all inside.

HUNGRY KIDS OF HUNGARY SELL OUT THE METRO, SLIP INTO CMJ TOP 50