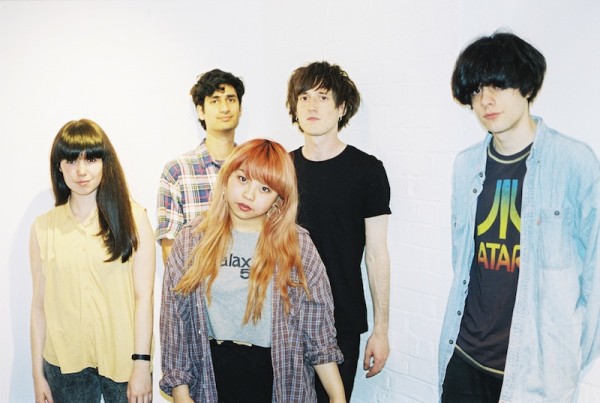 The History of Apple Pie

(credit: Jesse Jenkins)
The debut single by London quintet The History of Apple Pie emerged when Jerome looked up from his Star Gate Sequence pedals and his half-sketched song ideas were brought to life with a vocal contribution from Stephanie, who’d never sung until that very moment. Through their music they offer a cloud-covered view of backyard ‘90s America and ‘You’re so Cool’ is an understated, beautiful cut of dreampop.

The band, based in Whitechapel, counts Galaxie 500, ‘13’-era Blur and Pavement as influences, and Jerome as lead guitarist writes guitar lines reminiscent of slacker Gods such as Thurston Moore. Lyrically Stephanie wrote ‘You’re So Cool’ about an old school friend that knew the whole script to the film ‘True Romance’. Particularly, the infamous speech at the climax of the film where the character Alabama Worley repeats the words ‘you’re so cool, you’re so cool’ whilst alluding to her husband Clarence.

“Some of the songs are written about mine and Jerome’s own experiences,” says Stephanie, “But I prefer writing about hypothetical, sugar-coated situations, a soundtrack to situations we wish we were in but weren’t really at all; American sounds bursting through grey England. It’s more exciting that way.”

They have a sound that is jaded and optimistic, detached and heartfelt. Their daisy-brutal, buttoned-down ferocity and innate melodicism is met halfway by sweetly burnt-out female vocals, sharp and glaring or softly double tracked in homage to Elliott Smith.

The single will be released by Roundtable Records on limited edition vinyl and will also include the track ‘Some Kind’ as a B-side. With a finely tuned live set and shows under their belt including appearances at the Camden Crawl and White Heat, ‘The History of Apple Pie’ are due to play numerous UK dates and have also been confirmed to appear as part of the upcoming NME Radar Tour, The Great Escape and Field Day festival

You’re So Cool by The History Of Apple Pie 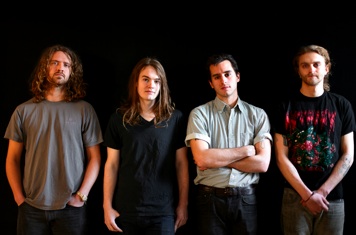