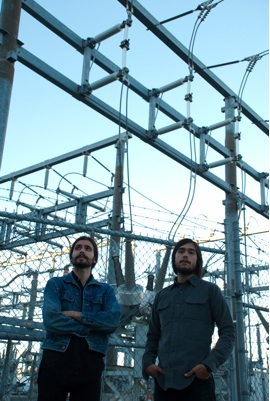 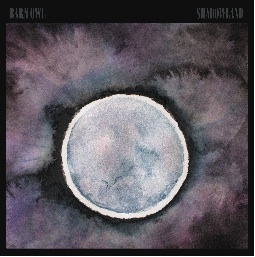 Formed in 2006 by Jon Porras and Evan Caminiti, Barn Owl use their guitars to paint broad musical strokes on a canvas stretched between the framework of ambient, drone, americana, and black metal. In 2010, this unique blend of stylistic references coalesced into their debut Thrill Jockey release, Ancestral Star, an album that marked the evolution of the Barn Owl sound into something wholly their own, transcending the sum of its influences. The arrival of Ancestral Star fostered comparisons ranging from Sunn 0))) to Ennio Morricone, often within the same critique.

The band describes the record:

Shadowland “A distant, hazy mantra marches into infinity, a seemingly unchanging organic cycle of interwoven guitars all tracked live without actual loops, the horizontal motion eventually interrupted by bombastic, feedbacking, twang guitar and a malevolent yet beautiful mirage-like lead (thanks to a Leslie speaker) that warbles atop the mix.”

Infinite Reach “Crackling, sun baked guitar sputters and moans atop a bed of lush, lunar synthesizers, gliding into a serene yet eerie wash of tones where noise and dissonance give way to floating peace-zones and phantom slide guitar.”

Shadowland was recorded by Phil Manley (Trans Am) in San Francisco. For the overall sound of the EP, the band focused on using monolithic stacks of tube amps and sent guitars and synthesizers alike through them and utilized intense amounts of stereo delay.

Barn Owl – Light from the Mesa from Thrill Jockey Records on Vimeo.