IS TROPICAL ‘THE GREEKS’ Video 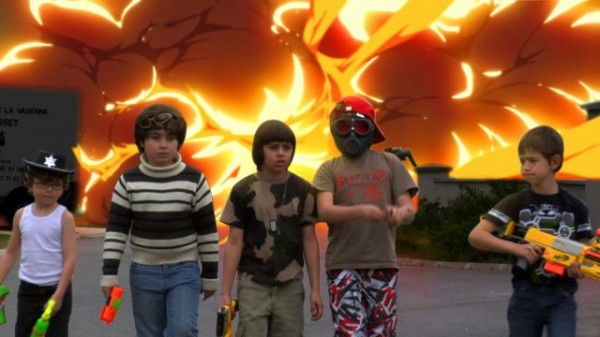 Recent signings to the KITSUNÉ label, IS TROPICAL are set to release a new single on the 30th of May.

‘The Greeks’, the follow up to the recent ‘South Pacific’ single, is the band’s third release and is a taste of what to expect from their debut album Native to, which is due on KITSUNÉ / CO-OP on the 13th of June 2011. The new single will be accompanied by what may turn out to be the most funny and outrageous video you’ll see this year, made by French hot shots MEGAFORCE.

IS TROPICAL describe the collaboration: “After a couple months of teasing us with clips, screen-tests and storyboards, legendary video interlopers Megaforce have finished their video treatment for our new single, The Greeks. Filmed in a sleepy French suburb in god-knows-where, and starring a group of the coolest kids in the cul-de-sac, The Greeks’ video reflects the song — it’s about everything, and kinda nothing, and being young, or something”.

“Part Rumblefish, part Die Hard, part Akira, we wanted to work together to create something both visually appealing and aesthetically relevant to the band. We like kids, we like gangs, we really like daydreaming and imagination; the video straddles the line between nostalgia and the visual death-porn of our generation – the action film. Don’t get carried away by politics – this is a straight-up kid brawl the way it played out in your head when you were stealing your mums mascara to be like Arnie in Predator. It isn’t a shocking rebuke to our drama queen, populist news culture either – just naive, blissful shoot-yr-mate until he’s definitely dead war-games – the way you wish it still could be”.

‘When we asked MEGAFORCE how they came up with the concept, they simply answered: “we’ve been wanting to make such a video since the age of 6 !”

SEE THEM LIVE AT THEIR ALBUM LAUNCH PARTY