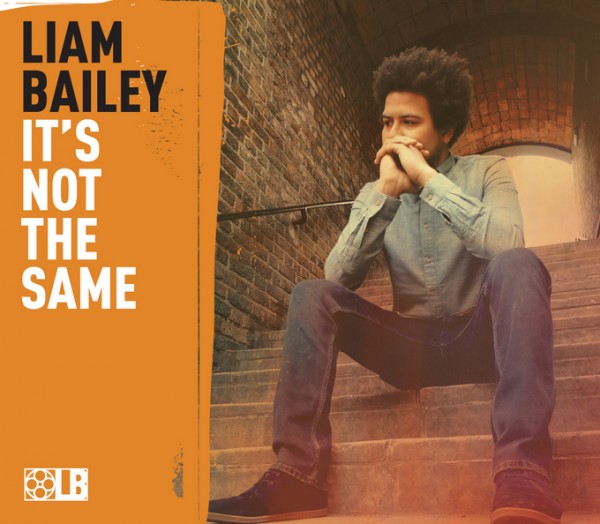 “Liam Bailey is a true original with a voice that defies stereotyping” Sunday Times Culture
“He sounds as old as time, with a voice clear of pastiche” Evening Standard
“British soul may have just found its first authentic male voice of the decade” Q

‘It’s Not The Same’ is the new EP from rising star Liam Bailey. Lead track ‘It’s Not The Same’ has a classic soul feel, given a contemporary twist by Salaam Remi’s production and by Liam’s rich, distinctive voice. The accompanying video was shot in Cuba and premieres this Friday 27th May

Having first captured the attention of the record buying public with his blistering guest vocal on Chase & Status’s recent hit ‘Blind Faith,’ Liam has recorded a spine-tingling acoustic version for the EP.

Originally from Beeston, a suburb of Nottingham, Liam Bailey’s early musical influences included Michael Jackson and R Kelly but it was Oasis that gave him the belief he could make it as a singer. Liam has retained his namesake Gallagher’s swagger, combined with a uniquely English soulful, singing voice that nevertheless has been compared to legendary artists Otis Redding, Sam Cooke and Bob Marley.

It’s this stunning voice that convinced Salaam Remi to abandon plans to take a break after working on a string of hit albums, including Amy Winehouse’s ‘Back To Black,’ and instead produce Liam’s debut album as a labour of love. The result is ‘Out Of The Shadows’, due to be released in September.

Following support tours with Plan B and Jessie J, and guest appearances on Chase & Status’ tour, Liam will play a headline show at Water Rats Theatre on 16th June. He will also appear at Glastonbury Festival on the MSF Stage on Fri 24th June at 6.30pm.

NEW MIX FROM VISIONS OF TREES : YOU PEOPLE ARE MY POISON