Sparrow and the Workshop – New album 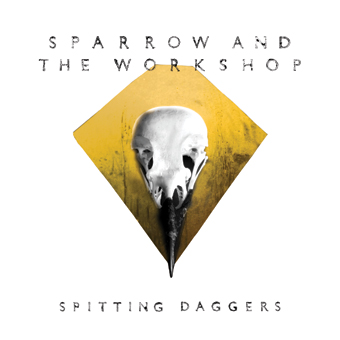 ‘Ethereal  and Electric’– The Guardian

‘This is genuine, honest music impeccably crafted by three individuals with an obvious desire for their chosen path.’ – Drowned in Sound

Sparrow and the Workshop will be releasing their new album ‘Spitting Daggers’ on May 30th through Distiller Records. The album was produced and mixed at the new recording studio, The Distillery, by Leo Abrahams (Brian Eno / Sam Amidon). ‘Snakes in the Grass’ will be the first single and is also released on May 23rd; the album will be available on CD and download.

The band comprises of Belfast born, Chicago-raised Jill O’Sullivan (vocals/guitar/violin), Welshman Nick Packer (guitar/bass) and Scotsman Gregor Donaldson (drums/vocals.) Jill’s voice has developed into a powerhouse of flexibility, allowing her to soar from keening Sandy Denny-esque tones to sensual peaks you’re more likely to expect from PJ Harvey. With Gregor providing vocal harmonies alongside drumming and percussion duties, and Nick playing guitar and bass and an instrument combining the two affectionately referred to as the ‘basstard’, they have matured into a truly astonishing outfit.

The band wrote the album between tours in the latter half of 2010 (Incidentally, both Gregor and Nick learned to play the trombone and tenor horn in the weeks leading up to its recording). Both instruments feature on the wonderfully titled song, ‘Our Lady of the Potatoes’, (which was inspired by a historical novel of the same name by Duncan Sprott- it’s a tale of Louis XV’s 14 year old Irish mistress). Other highlights include album opener ‘Pact to Stay Cold’, the aggressively battle-tinged ‘You Don’t Trust Anyone’, ‘Snakes in the Grass’ and ‘Soft Sound of Your Voice’, the eerily confessional album closer.

The band had an extremely busy and successful 2010.  They began the year supporting Idlewild on their “Post-Electric Blues” tour, and were then invited to support the Brian Jonestown Massacre on their European tour by bandleader Anton Newcombe after he stumbled upon a video of theirs on Youtube. Soon after this they headed across the Atlantic for the first time to perform three New York shows, the first of which was again supporting the BJM. In addition to numerous shows across Europe and a couple of Arctic gigs thanks to Norwegian Band Sivert Hoyem (ex Madrugada), the band also performed at festivals as varied as T in the Park, Bestival, and The Green Man Festival, the latter of which prompted Observer newspaper music critic Ally Carnwath to call them his best discovery of the festival. They rounded off the year as main support to The Pogues on their farewell Christmas Tour, an introduction that was also instigated by BJM’s Anton Newcombe, who played Pogues’ singer/tin whistler Spider Stacy some tracks at a dinner party in Berlin.

2010 also saw the band receive much critical acclaim from the UK media, including The Guardian, The Sunday Times, Mojo and Word magazine. They also received considerable radio play and performed various radio sessions for Marc Riley (6music) and Vic Galloway (Radio One). They were also Radcliffe and Maconie’s Pick of the Week on Radio 2 and recorded a Maida Vale session for Rob Da Bank (Radio One).

There is something gloriously new about the way Sparrow flit effortlessly between innocent simplicity and dark complexity, from ethereal softness to fearless post-rock crescendos at the drop of a hat. While they have been compared to bands as varied as Jefferson Airplane, Talking Heads and Black Sabbath, this is an album truly of their own making.

The band will also be heading out on the road throughout May and June, the full dates are below.

2. You Don’t Trust Anyone

4. Our Lady Of The Potatoes

6. Snakes In The Grass

10. Soft Sound Of Your Voice 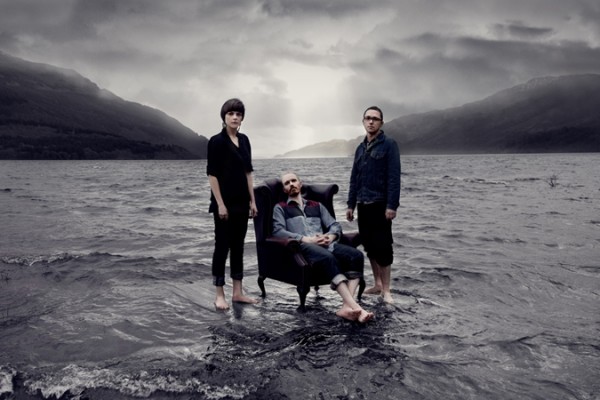