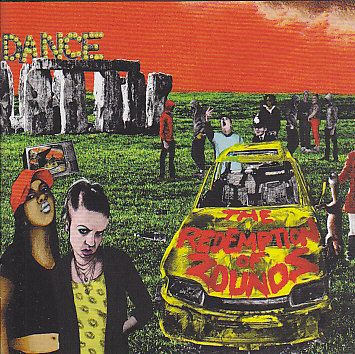 Legendary English underground band Zounds first came to prominence in the early 1980s with a string of independent chart hits on Rough Trade and Crass Records.

Growing out of the squatter communities of London and the south east they quickly became key figures in the burgeoning D.I.Y. / anarcho-punk scene and toured Britain and Europe with contemporaries such as The Mob, Poison Girls, Crass, The Birthday Party and many others.

On record their sound was a little more expansive than many of their punk contemporaries. In his History of Rough Trade, Rob Young described Zounds music as, ‘a distinctively paranoid and claustrophobic sonic crush that avoided formulaic protest song’. Their Rough Trade album ‘The Curse Of Zounds’ is now seen as a classic of the genre and one of the most inspirational albums of the post-punk period.

Since their early 1980s heyday, and despite endless offers to record and tour, Zounds have only ever played intermittently. Songwriter and lead singer Steve Lake is notoriously reclusive, he will only rarely be persuaded to come out and play. The 10 songs he has written for the new album retain all the hall marks of the classic template; incisive lyrics, sharp guitars, satirical overtones, emotional terror and great, memorable tunes. Yet it sounds totally at home in a modern world that, Steve claims, ‘is as bewildering, absurd, tragic and joyful as it ever was’. Steve is 2000 years old!

The current line up is Steve Lake – guitar, Paul ‘overdose O’Donnell – bass, Paul Gilbert –drums. All the boys sing like angels and play like demons.

TRACK LISTING:
Cry Genie Cry/ Supermarche/ Make Love Not War/ Another Roadside Attraction/ What Makes A Man A Man Today (slight return)/ What Is It Worth?/ Damage/ Follow The Money/ Deportee/ Waiting For The Clampdown Honey.