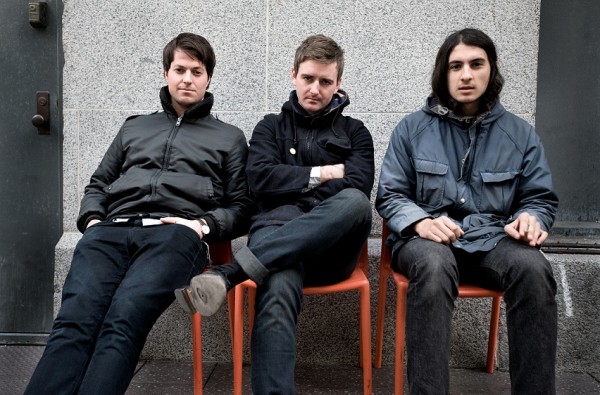 “…everything that a lot of modern indie rock is frequently failing to be in 2010: loud, immediate, and engaging, with a strong melodic sense of songwriting to tie it all together.”— Pitchfork

“…for a band still very much in its infancy, Sports is an astonishing body of work far beyond any kind of expectation you’d put at its creators’ feet.” — Drowned In Sound

“…how much better could any band get than this song?” — Rolling Stone

Within a grainy film-still between a summer sunset and the end of times lies the post-punk squall of Weekend. Weekend filter the aggression, tempo and sneer of punk through a wall of reverb, haunting melody, feedback and primitive garage guitar. Formed in San Francisco in late 2009, the band have quickly developed a totally distinctive take on the history of noise rock. Combining noisy guitars, pounding rhythms and dark post-punk vibes in fresh ways isn’t easy, but Weekend somehow make it look like it is.

Their debut album Sports, released in November 2010, was one of the most assured debuts in recent memory, full of rumbling rhythms, layers of LOUD guitars and most of all great songs that pay special attention to texture and atmosphere, and leaven even the most riotous moments with unexpected shards of melody. Rolling in at the end of the year amidst a backdrop of sound-alike lo-fi beach-pop records Sports stood way out from the pack, “a burning hole bridging the distance between then and right now.” in the words of Pitchfork.

As one of the highlights of Sports, “End Times” is power-pop as interpreted by “Feed Me With Your Kiss”-era MBV, an amazing mix of melody and racket that perfectly encapsulates Weekend are about. Driven by relentless drums and a pummeling bass line, it could the most straightforwardly pop track on the album, if you ignore the insane, shredding feedback guitar that bursts through on each chorus, turning what was loud and raucous into LOUD mayhem. And it sports a melody most pop bands would kill for — amazing stuff. On the flip side, LA duo Speculator remix album opener “Coma Summer” into a hypnotic Kraut-inflected daydream — trippy, motorik and totally compelling.

The Glass Canoe Makes You “Happy”