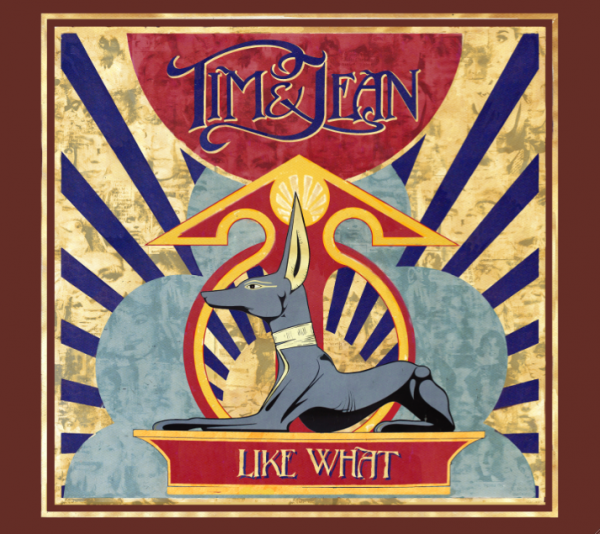 ‘Like What’ is the debut album from Aussie youngsters Tim & Jean. It could also be the soundtrack to your summer, bursting as it is with sunny electropop gems about teenage life such as the forthcoming single ‘Come Around’, ‘I Can Show You’ and ‘Veronica’ to name a few.

Unusually for ones so young, Tim & Jean don’t listen to much contemporary music, instead citing the likes of Stevie Wonder, Tom Petty, and Fleetwood Mac as their musical heroes. They have even covered songs by the last two that can be seen on You Tube. Tim grew up in a very musical household and his formative years were steeped in jazz. At the tender age of 12 he played piano at a concert by the No.1 Australian jazz musician James Morrison., who has performed with such legends as Dizzee Gillespie, Ray Charles and BB King.

The duo, Tim Ayre and Jean-Christophe Capotorto met at the train station in Mandurah, a coastal town south of Perth in Western Australia, in 2008. They were aged just 17 and 14 respectively, and chatted music obsessively for a few hours, concluding that they would meet for a jamming session and see how it went.

The boys spent the next couple of days holed up in Jean’s bedroom studio and knocked out two songs, one of which was ‘Come Around’. They posted it on the Triple J Unearthed website and My Space; the responses immediately started flooding in, including several invites from US labels who flew them to the States to perform for them. At this point, Tim and Jean realised that perhaps it might be worth taking their collaboration vaguely seriously.

They reached the finals of Unearthed and that won them an invite to perform at the Parklife Festival. Since then they’ve been Triple J favourites, snapped up by Universal Records Australia, recorded their debut album in the bedroom studio, that was then mixed at the legendary Electric Ladyland Studios in New York by John O’Mahoney (who has worked with the likes of Coldplay, Metric and the Kaiser Chiefs), and toured constantly, including playing the festival circuit. They also supported the likes of La Roux, Franz Ferdinand, Two Door Cinema Club, Empire Of The Sun and Moby on their Australian tours. This included Moby’s show at the legendary Sydney Opera House.

TOP BUZZER Debut album ‘Outside Is A World’