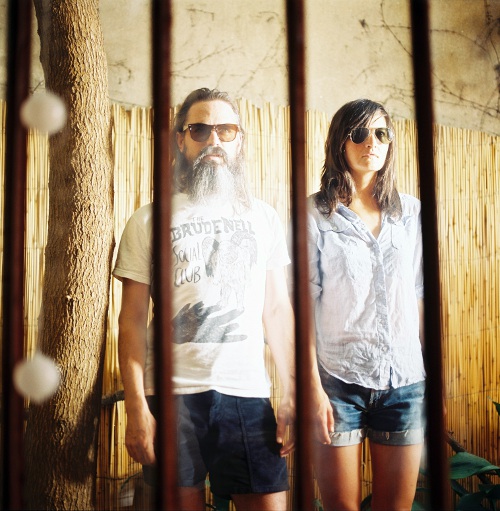 “I’ve rarely heard anyone who has a clearer understanding of how to use sustain, distortion etc to create the right balance between precision and abandon, clarity and confusion, music and noise. ****” – The Sunday Times

After the release of their incredible debut album ‘Mazes’, packed out European tour and an incredible set at Primavera, Moon Duo have confirmed ‘Fallout’ to be their next single. Out on July 4th, the track is accompanied by another suitably psychedelic DIY video.