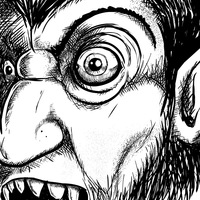 The title track is a mix of chillout vibes, strong melodies, and tasty psy-breaks. There is also a nice organic element found in squawking organ that recalls the downtempo lounge sounds of the late Nineties.

“Snow Swing” is a cheeky drum & bass inspired cut that swings with a sweet retro lounge feel. Again, an organ stab is prominently featured as the talented young producer shows off his musical range. A wicky-wacky wah-wah’d guitar holds down the hook for a fun, pop music dynamic rarely found in electronic music these days.

Eventual Groove was born in 1980 in the small town of in NovoVoronezh, Russia. At an early age he took an interest in the sounds that make us move. At age 10, he began his musical training and at 12, strange electrical devices began appearing in his house: Korg Poly 800, Opus (an analogue synthesizer from the Baltics), and Vermona drum machine that shaped and influenced his future tastes. His first mixes were humbly recorded on dual cassette decks as well as an audio control console. In 1997, he bought a computer for recording and struggled at first. All of the output from this struggle generally was made just for close friends. In 2005, the project “Shape of Eventual Groove” was founded, which transformed into “Eventual Groove”. In 2007, he also founded two side-projects “Basement Jazz Ensemble” and “Ritmatore”. Currently, Eventual Groove is signed to the Dutch label Highlands Music and has already released an EP entitled “Primacy Interface”, his latest – “Zhelaniya” is his second for the label.