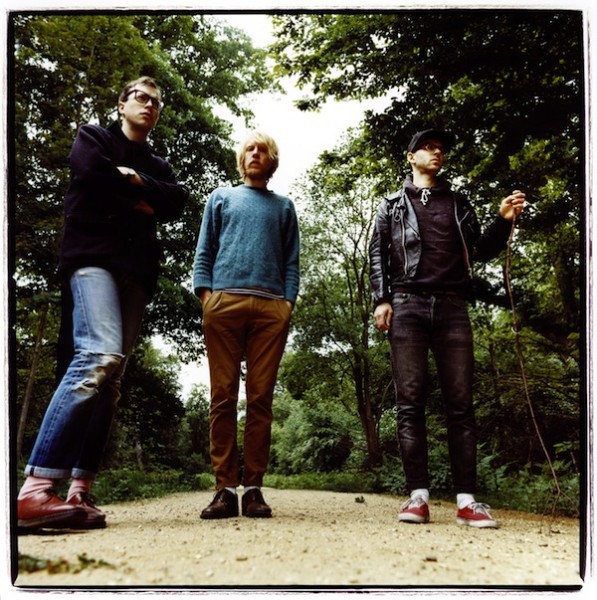 Initial contact with Endless Now triggers a quandary rather like that faced by the wise owl in those old Saturday morning Tootsie Roll Pop commercials: how many listens does it take before you start singing along with these new Male Bonding songs? One time? Two? If you make it to three, you have either a will of iron or an ear of tin. These are eleven selections – plus a wee reprise – imbued with the fierce urgency of now, and catchy as all get-out.

The end result is 36 minutes of songs tailor-made to anchor mix tapes and playlists—if you can stand to separate them from the whole album. The enthusiastic “Tame The Sun” heralds the arrival of Endless Now with the first notes its plucky bass line. And “heralds” is the right word: Male Bonding’s music is animated by an infectious, evangelical zeal that reflects their roots in the D.I.Y. indie rock community.

“Bones” opens with the giddy rush one associates with classic hardcore or the best of the Wedding Present, then stretches out the same four-chord progression for six minutes and 24 seconds—all the while retaining its succinct air of breathless excitement. With its hazy vocals, hissing cymbals, and just a hint of vintage Beach Boys, the spacey “Can’t Dream” reconciles the Punk and the Hippy in all of us. And then there’s Male Bonding’s take on Phil Spector-style ’60s pop, “What’s That Scene,” which wraps its gritty, grungy center in a sugar-sweet wash of handclaps and wah-ooh backing vocals.

Musically, Endless Now is everything fans already love about Male Bonding… and much more.