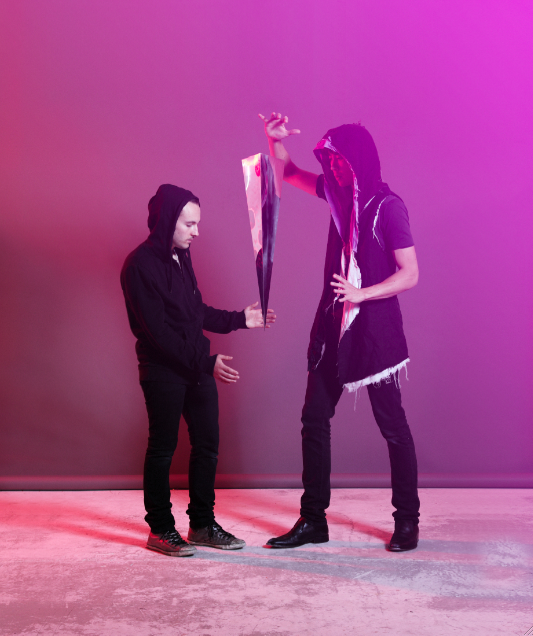 Baby Monster is an electronic pop group comprised of Danny Sternbaum and Marty Larson Xu. The duo is pleased to announce details of their forthcoming self-titled debut album due out 27 June 2011. The pair will be giving away a free track each week in the lead up to the release via online media partners. The first track debuted on Big Stereo – the band’s recent singles label home. For the past 18 months, the band have been juggling laying down album tracks with opening shows for Klaxons, Miike Snow and Metric.
In true D.I.Y fashion, everything on the forthcoming album has been written, recorded, produced and mixed by the band themselves. Drawing from 80’s acts such as New Order, as well as 90’s shoegaze and brit pop bands, the record explores the concept of the past, present. and future all folding together into one moment. There is an underlying romanticism that soaks through the songs that is countered with an element of dark dreaminess; more upbeat tracks such as Charlie Sunrise and Mr Success sit comfortably next to low-fi gems such as Russian Lights and Kalookan Queen.