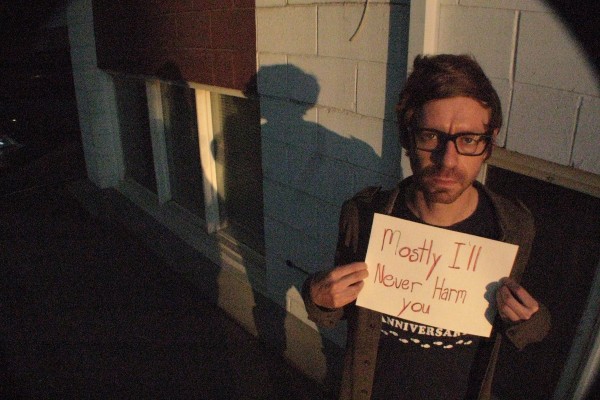 Extra Happy Ghost!!! is an experimental pop group from Calgary, Canada. The project was originally started by Matthew Swann in 2008 as an outlet for the murky, psychedelic sounds that he heard in his head. In 2009 EHG!!!’s debut EP How the Beach Boys Sound to Those with no Feelings was released via Saved by Radio. The EP consists primarily of Swann’s lo-fi home recordings and was graciously received to critical acclaim. In fall 2010 EHG!!! released a split 7” with their friends Lab Coast which Coke Machine Glow described as “One of the most uncomplicatedly enjoyable releases I’ve heard all year”.

In late 2010 Extra Happy Ghost!!! entered Chad VanGaalen’ s Yoko Eno studio to record their first full length, Modern Horses. The project, conceived of almost a year prior, was spurred by a chance meeting at a 2009 Vic Chesnutt (RIP) show, where Ian Russell of Flemish Eye Records conveyed VanGaalen’s fondness for EHG!!!’s debut EP. The album is named for 9 horses that panicked and jumped off a Calgary bridge in 2005 while being corralled toward the city’s downtown. Modern Horses is concise, consisting of nine sparse and anxious pop songs, functioning as a whole and flowing seamlessly. Modern Horses is available for download (through iTunes etc.), or on CD or LP through Saved by Radio/Saved by Vinyl July 26, 2011.

TAKING BACK SUNDAY release ‘This Is All Now’ EP