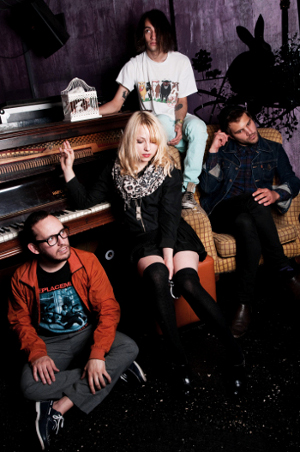 Thomas Tantrum’s new single ‘Hot Hot Summer’ is OUT NOW on Stranger Records! In honour of its release, we’ve got a sublime, stripped back acoustic version for you, complete with a video made by the band themselves.

Taken from their forthcoming album ‘Mad By Moonlight’ (which is out June 12th), ‘Hot Hot Summer’ is one of their catchiest to date, with soaring vocals and a fantastic pop melody to match.

Atmospheric and tranquil, the acoustic version captures the very best aspects of Thomas Tantrum‘s sound and gives ‘Hot Hot Summer‘ a whole new identity which is worthy of being heard in its own right.

You can watch the video for the acoustic version here:

Thomas Tantrum also kick off their UK tour today in Aberdeen, for interview and review requests just get in touch!

Please note that the Birmingham date has altered – the show will now be at The Rainbow, not the Institute.

Thomas Tantrum to support Glasvegas in May and London show next week... 21 April 2011 | aaamusic