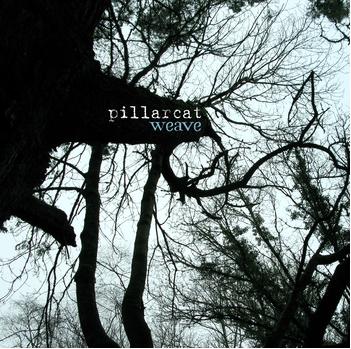 The album opens with ‘Falls of the Sea’ which starts out with a acoustic guitar plucking away. The melody’s sounds like a dark discovery of something looming ahead. Then there comes in the bass guitar and drums with a violin. Those instruments make the song more of a journey of discovery that the unexpected is near. The smoothness as the voice is portraying the sea. At the end it sounds that the listener is at the edge of the ‘Falls of the Sea’ and has actually fallen down.

The second song starts with a short acoustic guitar riff. Which then is accompanied with vocals that stay throw out the song and he sounds a bit like Caleb from ‘Kings Of Leon’. ‘Amy’ is a woman that has moved on and there are clear references that the he is in pain. It’s a song to grab the listener’s attention. The message is sung in a mellow voice and the acoustic guitar riff. At times there is an electric guitar to remind the listener of the pain which words cannot describe. He tries to do all sorts of things, but it shows that ‘Amy’ is gone. One last big shout comes for ‘Amy’ at the end with adding drums and bass guitar.

The song starts of with the echo sound that clearly says it in the name ‘Reflections of Airam’. Then a beautiful plucked Acoustic guitar sound joins in. A bass guitar comes in to make the sound more full and it sounds more of ‘Reflections of Airam’ the sound then gets more instruments and becomes more of a rock song. It even gets vocals to add harmony to it. This is a good song, due to the changes and they fit well together. The violin adds the right dramatic effect needed.

‘Pages of People’ starts of like the others with an acoustic guitar. The song quickly becomes full with brass and background vocals. Also there is a nice electric guitar lead, which reminds me of a car on the open road of the south in the USA. Then a beautiful delayed electric guitar melody completes the song. The drums are good accompaniment to really give it a last filling kick. The melody is really in my head, which you will fall in love with, and the song.

‘The Fragile and the Few’ is clearly a more said song, due to the name. There is a similarity of sound with the acoustic guitar. The song has a nice mix between male and female vocals, which then collide together. The lyrics have indication of things that happened to people in life and they should not show it to others. The song gets completeness with the bass guitar, drums and the violins making it as the other songs more dramatic. The song has a nice echo sound at the end, which fades into the next song

‘Crossbones Graveyard’ song starts with an electric guitar, which is different in a nice way. The style of the song goes into a nice upbeat tempo. There is also a really heavy bass guitar in it, which is nice. The song then ads heavy stadium drums which make it a nice rock song altogether. It changes beats sometimes but manly the styles stay the same. Rock which I like and, as a song that flows from ‘The Fragile and the Few’, ‘Crossbones Graveyard’ is really an enjoyable song, which is more an interlude than an actual song.

This song starts of in a more retro sound due to the effects used. The song instruments sounds are modern. The style of the drums though sounds Indian, Which ads a kind of nice and different grove to the album. There are two acoustic guitars that fit well together and with the violins and cellos the sound is felling complete. Then the electric guitar makes the song have vocals. It’s a really nice experimental track called ‘Thumbdrumfingersnare’ that makes the album have a different, but the echo part is familiar to the listener and that is a similarity throughout the album.

The last song ‘Vulture’ starts with strong male vocals, which later are accompanied with a woman. There are two electric guitars that make it a good match. The song has the similar echo feel. It’s a song about people having trouble with love. It’s a nice slow end to an incredible first journey that last around 42 minutes from ‘Pillarcat – Weave’.