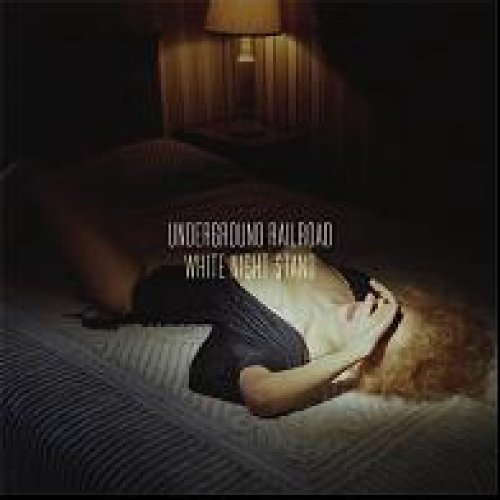 This is the third album from French trio Underground Railroad and on this album you can hear a definite departure from their previous work. Their previous work could be classified as 90’s heavy indie whereas White Night Stand has a more innovative rock sound that reaches to The Vines, White Lies, and Sonic Youth. White Night Stand is an ambitious album, with elements of post punk and many experimental sounds to be heard.

The album opens with “8 Millimeteres” an eerie song with lots of distortion, female guitarist Marion Andrau tries her hand at vocals on this piece and delivers the lyrics with spooky precision. First single Russian Doll is a dark and grungy piece that is features echoing voices and heavy chords giving it a slightly gloomy feel. However it is a compelling piece none the less.

Occasionally we hear the lighter side of Underground Railroad as in second single “Gingko Biloba” an energetic piece that injects the album with some much needed energy through catchy rhythms and an infectious melody.

There is no doubt that this is a creative and adventurous album however at some points “White Night Stand” seems to drag slightly and I cannot help but wonder if some of the songs have been over  thought and over produced, perhaps a tad too experimental.

Cashier No.9- Lost at Sea