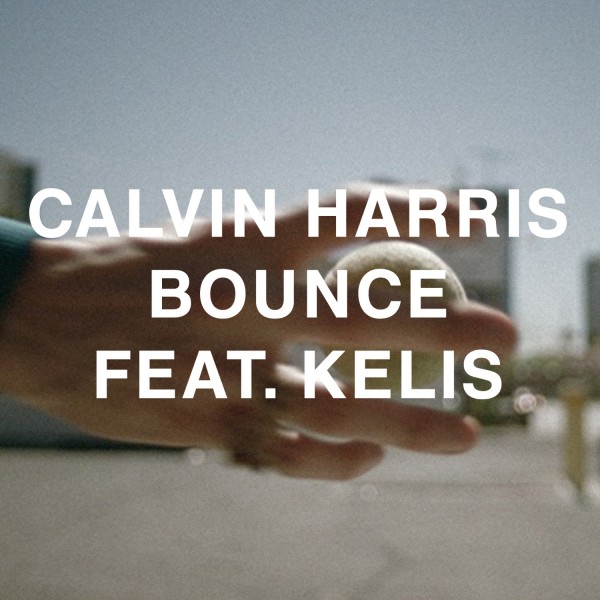 After the success of his #1 last album ‘Ready for the Weekend’, Calvin Harris is back with a stonker of a new single ‘Bounce’ feat. Kelis released on 13th June through Columbia Records.

Calvin Harris has had a crazy few years with six Top 10 singles in his career, including two #1 singles with ‘I’m Not Alone and Dance Wiv Me’ (with Dizzee Rascal) and over 1.5 million tracks and 500,000 albums sold in the UK. ‘Bounce’ is set to kick off 2011 with a bang.

Premiered by Annie Mac on Radio 1 last Friday, ‘Bounce’ is an electro house anthem in the making. With its cheeky, teasing beat it leads into a huge uplifting chorus with Kelis’s husky vocals that explodes massively. Ridiculously catchy, it is set to alight the dancefloors of clubs around the world. The track ‘Awooga’ features as a B Side, which was exclusively released on Beatport by Calvin earlier this year, and remixes come courtesy of Michael Woods, DJ R3hab, Sandro Silva and Calvin himself and are just as exciting as the single itself.

Since his last album, Calvin has been touring the world DJ’ing everywhere from Las Vegas to Ibiza to Australia. He also recently supported Rihanna on tour in Australia and will be the main support for her huge 56 date UK and Europe tour starting in September where he will perform 10 dates at London’s 02 Arena.

2009 was a break-our year for Calvin, which saw him sell in excess of 1 million singles & 150,000 albums in the UK, write & produce several #1 hit singles for both himself & others, sell out his entire tour (with over 60,000 + tickets sold in advance), perform across all of the UK’s major summer festivals and complete high profile DJ tours and residencies across the globe.

2011 is already gearing up for a big year for Calvin with the release of ‘Bounce’, festival performances including Radio1 Big Weekend, T in the Park and The Big Chill, DJ residencies across the globe in Las Vegas and Ibiza, support slots with Rihanna and further releases of his own new material. ‘Bounce’ is just the start.