Ringo Deathstarr release new compilation album ‘Sparkler’
Monday 25th July 2011 (Club AC30)
Following on from the success of their debut album “Colour Trip”, released earlier this year, Club AC30 Records release a compilation of vintage Ringo Deathstarr tracks, on vinyl LP “Sparkler”.
The Austin, Texas based band have fused their initial self-released five track EP with the follow up single “In Love” / “Summertime” and two extra tracks to make the “Sparkler” compilation. There will be three limited versions of vinyl available – transparent with silver glitter, transparent blue with silver glitter, and white & blue swirly vinyl.
Ringo Deathstarr are currently on tour in the USA & Canada with …Trail Of Dead, before heading over to Japan for Fuji Rock Festival, and then to Europe for various festivals including OFF in Poland, Way Out West in Sweden and Oya in Norway.
UK Tour Dates Announced:
Mon 1st August – Ruby Lounge, Manchester
Tue 2nd August – Hoxton Bar & Grill, London
Sparkler Tracklisting
SIDE A:
1. Swirly
2. Starrsha
3. Some Kind Of Sad
4. Down On You
5. Sweet Girl
SIDE B:
1. In Love
2. Summer Time
3. Rats Live On No Evil Star
4. Your Town
Ringo Deathstarr are also already recording their second album, due for release in January 2012.
“There is a direct line between My Bloody Valentine, the Jesus and Mary Chain and Ringo Deathstarr. And it stops at Slowdive Central. If you retain any fondness for those three – and are mentally aroused by a spot of melody-heavy guitar pop – you will adore the ‘Starr.” THE GUARDIAN
“It’s a shame we do not live in a world in which Ringo Deathstarr is the name of Liam Gallagher’s new band.” NME
“The band sounds like it leaped screaming out of My Bloody Valentine’s blown amps.” WIRED
“Their pulsing layers of feedback and those droll, deadpan vocals are ripped
straight from Psychocandy, but the galloping, amphetamine rhythms are
harder charging than even the most amped up track on that album.” Pitchfork
Ringo Deathstarr are: Elliott Frazier (guitars & vocals), Alex Gehring (bass & vocals), Daniel Coborn (drums).
http://www.myspace.com/ringodeathstarr http://www.facebook.com/ringodeathstarr
http://twitter.com/#!/RingoDeathstarr 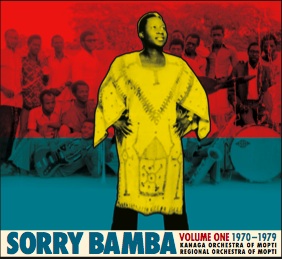