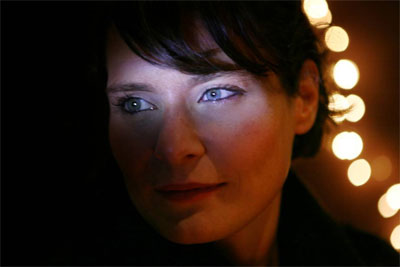 “At times a sort of Joni Mitchell with breakbeats, at others an urban Vashti Bunyan, she’s beautifully sincere in a way few artists can pull off.” – Uncut

‘Bluebell’ is a live favourite and will be showcased at Sophie’s festival appearances throughout the summer, including Oxfordshire’s Cornbury Festival on Saturday July 2nd and Bestival on Isle of Wight on September 10th. Sophie recently performed live on a Robert Elms BBC Radio London show and Sophie also featured on BBC Radio 4’s Loose Ends.

Renewed with fresh energy, Sophie says: “It is only the beginning of a journey that has already felt like a lifetime and if it feels this good, then and I am really looking forward to experiencing all the other lifetimes that I haven’t lived yet.”

‘Bluebell’ also features two remixes of ‘Bluebell’ one from legend Mad Professor (Massive Attack, The Orb, Sade). Sophie will embark on a full UK tour in September, taking in several dates around the country (TBA), including a show at Cargo in London on 28th September.

Sophie Barker’s soaring vocal was previously heard on some of Zero 7’s biggest hits, including ‘In the Waiting Line’ and ‘Destiny’ and has also previously collaborated with Groove Armada and The Egg. Sophie brings a more refined and reflective sound to her solo work, crafting delicate yet confident body of work.

A truly diverse artist and campaigner, Sophie also created the hugely successful children’s compilations ‘The Rainbow Collection’ and her charity ‘Rainbow Collection Children’s Foundation’ has raised money for a school in Kenya and will continue to support children’s projects around the world adding to the universal collection of children’s music. ‘Bluebell’ is available from all good digital retailers on July 18th through Ho Hum Records. Sophie Barker’s album ‘Seagull’ is available now.