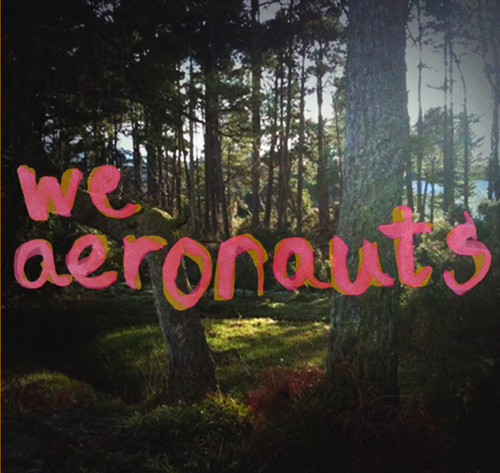 Oxford 8-piece folk arkestra We Aeronauts are pleased to announce their long awaited debut release on Brainlove, “The Chalon Valley EP”, to come out on a beautifully artworked ltd. edition gatefold CD this June 27th.

The story of this EP began when the eight old friends piled all their instruments into a car and took off into the French countryside for a holiday together. Inspired by their blissful surroundings and the once-in-a-lifetime moment they found themselves in, they started writing songs about the area – from the endless bike-rides they took around the Chalon Valley, to the days spent in the sun down at the nearby lake, to the foothills of the Alps on the horizon.

The EP came together slowly over the two years since then, as the band’s endlessly itchy feet dispersed them as far afield as Serbia, Spain, India, Mongolia and Canada; but recording sessions and rehearsals happened when the Aeronauts landed in the same place. The final piece of the puzzle was the addition of a choir to “Alpe d’Huez”, recorded in Oxford’s spectacular Christchurch Cathedral.

There have been other victories along the way: the band won the Green Man Poll in 2009 with over 90,000 votes cast, and a panel stage judged by industry luminaries including Simon Raymonde of Bella Union. As their prize, the band opened the festival’s main stage, introduced by Huw Stephens of BBC Radio 1. The band played three times at the Iceland Airwaves festival in 2010, and brought down the roof with a headline performance at London’s legendary Shunt Vaults. We Aeronauts are also the first band ever to be asked back to Oxford’s BBC Introducing for a second live session after winning the “Best Track of the Year by a Local Artist” award.

This EP is where the story is up to just now: but as everyone who’s engaged with this most special of bands knows, the past is prologue, and their story is just beginning. 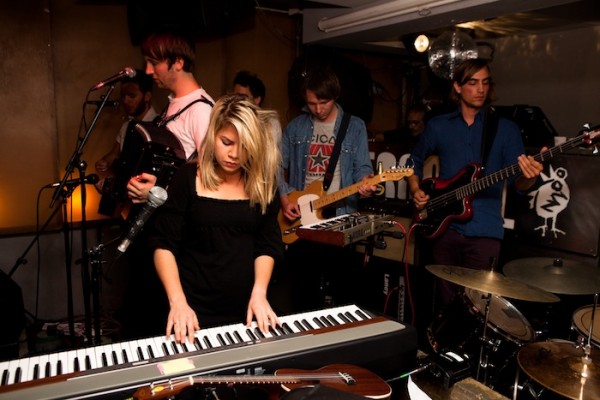