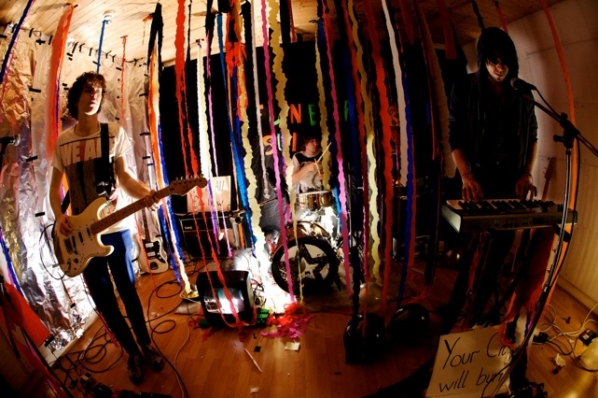 Funeral Suits new single ‘Colour Fade’ is out now the band are also happy to announce some new live dates
Funeral Suits are a three-piece from Ireland consisting of Brian James, Mik McKeogh and Greg McCarthy. The music they make is expansive without being overblown, heavy without being menacing and all the more thrilling for its restraint.  Their first single release is ‘Colour Fade’  its a song thats reflective of the trio’s hedonistic adolescence and burning passion to escape Dublin whilst hinting at big things to come from their full length.
‘Colour Fade’ has been given the remix treatment by the most recent sigining to Slap In The Face Records Crimes Against.

June 15 – Leeds, Nation Of Shopkeepers
June 16 – London , Old Blue Last
June 18 – Oxford, Jericho Tavern
July 3 – London, Wireless
Aug 13 – Standon Calling
A shared love of epic, distorted guitars, blistering harmonius pop, art rock and electronica led to the band spending the best part of two years holed up in a disused office space in deepest North County Dublin, writing, rehearsing and at times venturing out to play as special guests for Franz Ferdinand, Passion Pit, The Maccabees, Local Natives amongst others.
Funeral Suits have recorded and finished their debut album with acclaimed producer Stephen Street (Blur, The Smiths) which is due to be released in 2011. 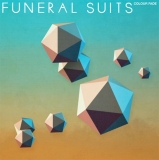