Metronomy – new video for The Bay 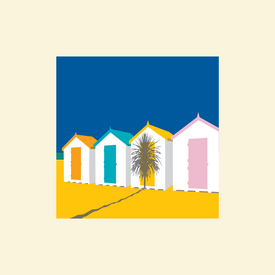 ‘The English Riviera’ – Metronomy’s third album – was released in April 2011 to critical acclaim across the board and has been described by many as the soundtrack to the summer, as it sauntered into the charts.

Off the back of a sold out UK tour and recent appearance on Later…With Jools Holland, the band head into the festival season – including a Pyramid Stageappearance at Glastonbury – armed with their latest single and one of the LP’s highlights, ‘The Bay’.

Though the album is characterised by a sense of warmth and richness, reminiscent of seminal 1970s West Coast studio albums from the likes of Fleetwood Mac and The Eagles, ‘The Bay’ has its eyes firmly set on the dancefloor.

‘The English Riviera’ is out now. Few other albums released this year will so successfully transcend such a plethora of influences and ideas to form such a coherent body of work.