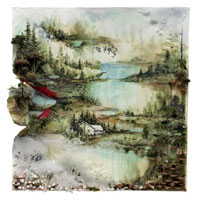 Tour Dates
Bon Iver have also confirmed their first UK and European tour dates since 2009. For the shows, Justin Vernon will perform with an 8-piece band that includes many musicians who contributed to the new record. The touring band will consist of regular Bon Iver contributors Sean Carey (drums, piano), Mike Noyce and Matt McCaughan as well as Rob Moose on violin and guitar Mike Lewis on bass and a horn section including Reginald Pace, Colin Stetson, and C.J. Camerieri. Below is a full list of dates