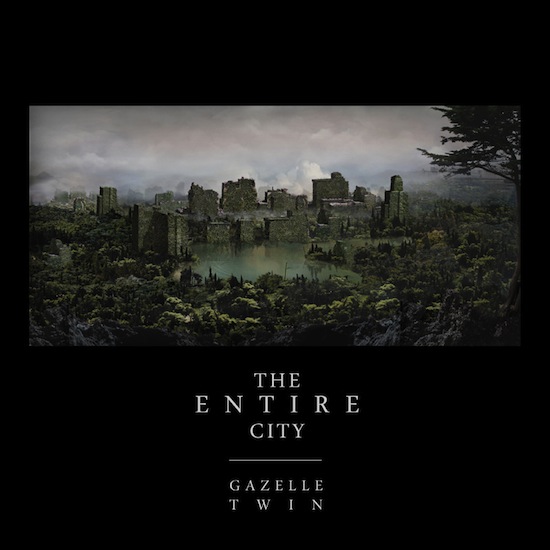 “A dream-like tableau evoking Bjork, The Dirty Projectors and Vienna’s Soap & Skin as well as Fever Ray’s Andersson’s sly gift for otherness” – The Quietus
“(Gazelle Twin) has totally mesmerised me! An amazing and beautifully delicate record” – Battery In Your Leg
“The exciting thing is that there is no one exactly like her.” – Metro

Gazelle Twin, “one of the years brightest breakthrough talents” according to Artrocker, is set to release her anticipated debut album The Entire City and third single Men Like Gods simultaneously on 11th July.

Following on from their release, Gazelle Twin will curate an out-of-the-ordinary evening of audio and visual delights also entitled The Entire City (Album Launch) at The Islington Metal Works on 1st September. 8pm-1am.

Gazelle Twin’s rare live performances have been described in Metro as “mesmerising, ominous and beautiful”. The Entire City Album Launch will include an all-encompassing set from Gazelle Twin with choreographed movements, otherworldly costumes, visuals and lighting, all creating an intensely dreamlike and lingering experience.

Links on all acts below and full pr with stage times available on request.

Following on from the Guardian blog’s video premiere of I Am Shell I Am Bone, Gazelle Twin releases The Wicker Man-esque self-made trailer for forthcoming video Men Like Gods:

The single Men Like Gods and the debut album The Entire City are released on 11th July (please note release date has been moved back from 4th July). Both on Anti-Ghost Moon Ray Records.