Rise Against launch video for ‘Make It Stop (Septembers Children)’ and announce collaboration with the ItGetsBetter.org Project 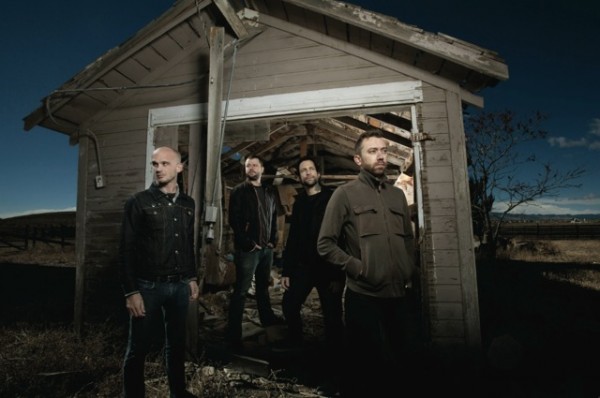 RISE AGAINST and The It Gets Better Project ® are proud to announce a collaboration in conjunction with the release of RISE AGAINSTS new single, “Make It Stop (September’s Children)” from their album Endgame, which debuted at number 2 on the Billboard Top 200 Albums Chart.

The It Gets Better Project and RISE AGAINST shifts the spotlight to bullying via “Make it Stop (September’s Children),” a topic RISE AGAINST lead-singer Tim McIlrath says really hasn’t been adequately addressed in the rock scene. “A number of events were the catalyst for the creation of Make It Stop, everything from the suicides in September 2010, to our own fans voicing their fears and insecurities from time to time,” says McIlrath. “I decided to create the song as a response, and when I discovered the It Gets Better campaign and [It Gets Better Project co-founder] Dan Savage’s commitment to such an important and concise message, I was moved. I immediately felt that if our song is the road, then the It Gets Better campaign is the destination. I hope the synergy between the two can reach people and make a difference.”

“Tim McIlrath has written a powerful song,” It Gets Better Project co-founder Dan Savage said. “With the release of ‘Make It Stop’ and the accompanying video, Rise Against is sending the message to its fan base that the bullying and harassment of LGBT teens needs to stop and that suicide isn’t a solution.”

Award-winning director Marc Klasfeld directed the “Make It Stop” music video in Chicago at Tim McIlrath’s high school alma mater. “I’ve been a fan of Rise Against for a while and it was amazing to work with them on this special video,” Klasfeld said. “As soon as I heard the song, I knew a powerful video could be made that could potentially help people and I jumped at the chance to be a part of it.’

The video depicts the band performing the song in the high school gymnasium alongside moving scenes of individuals from the LGBT community experiencing and coping with bullying from their peers in high school. The music video also includes snippets of multiple youtube submissions provided by the It Gets Better Project, with individuals sharing their stories and letting viewers know that “it gets better.”

RISE AGAINST is well known for lending their voice to causes as well as their close relationship to their fans. Past songs with a bent toward social activism have included “Ready to Fall” in support of PETA and “Hero of War”, written in response to the military action in Iraq.

The It Gets Better Project is a non-profit organization created by syndicated columnist and author Dan Savage, who is featured in the video, and his partner Terry Miller in September 2010.  Eight months later, IGB has turned into a worldwide movement, inspiring over 10,000 user-created videos viewed over 35 million times.

The website www.itgetsbetter.org is a place where LGBT youth can see how love and happiness can be a reality in their future, straight allies can support their friends and family members, and where anyone can share their story, take the It Gets Better Project pledge, watch videos of love and support, and seek help through the Trevor Project, GLSEN and the ACLU LGBT Project.