New single ‘It Will Not Be Forgotten’ out August 8th 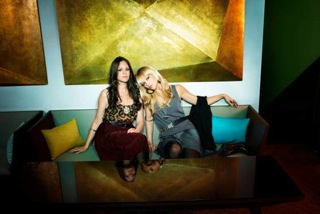 The Pierces have been announced as support to Coldplay at the iTunes Festival at The Roundhouse NW1 on 22nd July. Coldplay’s Guy Berryman co-produced The Pierces hit album ‘You & I’, which recently entered the charts at No.4, and which was partly recorded in Coldplay’s studio in north London.

Released August 8th ‘It Will Not Be Forgotten” is another classic single from the Alabama-born Pierce sisters Allison and Catherine, the third to be taken from ‘You & I’ following airplay hits ‘Glorious’ and ‘You’ll Be Mine.’

Critical acclaim for ‘You & I’…

“An instant classic…the catchiness of Abba, the jangliness of The Byrds and that slightly melancholic West Coast summeriness of the Mamas and the Papas” ***** The Sunday Telegraph
“The Pierces handle delicacy as well as they do drivetime” **** The Guardian
“Inseparable sibling harmonies” **** Uncut
“Their strength lies in the duo’s effortless harmonies, which are full-bodied and lilting with emotion in every cadence” **** Time Out
“Love songs are rarely so crafted or so beautiful” 4.5/5 The Sun SFTW
“Divinely textured, irresistibly emotional laments” ***** Star