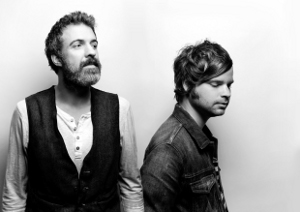 Since the video for ‘(And the) Pictures in the Sky’ was released, the buzz has been building around Dave Hyde & Neil Bassett‘s project Hyde & Beast and now you can watch an acoustic performance of the track and an interview with the band courtesy of Amazing Sessions!
You can watch the acoustic session here:

Hyde and Beast – (and the) Pictures in the Sky from Amazing Radio on Vimeo.

Filmed at this year’s Evolution Emerging festival, the duo bring on board four more musicians to play a live version of ‘(And the) Pictures in the Sky’, including Hyde’s own brother and Futureheads’ front-man Barry on piano.

Hyde & Beast are also lined up to play Sunderland’s Split Festival onSeptember 18th, and following support from the likes of Lauren Laverneand Marc Riley, more dates are expected to be announced.