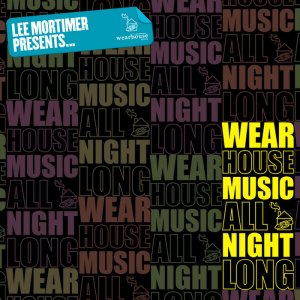 ‘Hausbraak – Aniki’ is a song that starts of as an opening song  should start. It has a nice bouncy beat, that would get the crowd going from beat one. The way the vocals are faded in and out is really nice as well. The bass line fading in and out is also really nice. Its basically a nice feel good song. The fades in are all really well done.

‘Let’s Dance – Blatta & Inesha and Claverron’ This song starts of with a nice repetitive beat and brass instrument. The song then goes into a trance beat which is actually really a nice change, but then it goes back to the brass and makes it a a summer rave song. The vocals are really there just for the background but fir nice. Its what the name says: ‘Let’s Dance’

‘Jova – CLockwork’ This song starts with a nice repetitive voice and clap. Then goes into a nice dance all rave in the background which then takes the listener right in the center. Its actually a nice touch, which is not to complex as a song. The beat by the end has entered your body in any way which is nice.

‘Tropic of Cancer – El Puerco’ Stats out with bingos and it sounds like a more latin dance song, which gives the album a nice touch. The synthesizer gives the song a really nice touch and it really gets into the head. Then it goes into a rave, which the synthesizer becomes more heavy. The mode changes and becomes more of a party saturday night song. The song still sounds as we could be in rio de janeiro, but we are in london.

‘Follow Mi – Hostage’ This song starts with a really with a nice changing bass line really dark and heavy. It has a nice touch to the song. The song at times sounds like a video game with the short quick scale progression. The song is overall fitting nice to the album.

‘All Night – Jay Robinson & Figure’ The song starts out with a nice echoey sound and a nice repetitive beat and voice. Then a really nice touch of summer hits the piano. The cords are played fast, to make the song remain like a rave. Like the name says: All Night. It sounds like a never ending party.

‘Blau (Lee Mortimer Remix) – Laidback Luke & Lee Mortimer’ This is a song that has been co written by someone famous in Dance/Electronic music. Laidback Luke has a had lots of hits until now. This song fells on that level a bit more special. The sound of the song is organic which sounds nice. The drums sound they are played live and the beats are fresh. I really like the song and for the ‘organic sound’ its a standout track.

‘Dupblate Pressure – Lee Mortimer & Black Noise’ The song goes back to what the other sound like a summer tune. The piano and the echoey voice make with an stereo mix of surrounding synthesizers. The beat is fresh and the samples in the song give it a nice touch. Its like a surprise and it will get the inner you raving away.

‘Superman (Krafty Kuts Re-Rub) -Lee Mortimer & Foamo’ The sound is again summery. With nice vocals and a really dark base line that makes you move. The ovational touch of the synthesizer is nice in the base line. The beat then turn really funky with the strings and the guitar. The vocals sound really nice together with the instruments. The song is really like Superman if he was real.

‘Fi Come Dance  (feat. Daddy Colonel & Papa Levi) – Lee Mortimer’ This song has Daddy Colonel & Papa Levi featuring, which gives it a nice Caribbean touch. The song then goes into a ‘Bob Sinclar’ style. They can rap really fast to the changes of the base which is nice and it gives them a different touch to the song. The song is sounding the same, but its different with the vocals. Overall it fits well and gives the album a nice new touch, which sounds also Organic.

‘Mo Fire – Matt Cantor & Peo de Pitte’ the song starts with a nice calm beat, but quickly turns with a nice touch of vocals into deep and dark bounce fest. The bass line dose the magic.  The vill ins of vocals and synthesizers are nice touch. Its a easy song that has a nice touch.

‘Down South Wobble – Reepr’ the song starts with a nice bouncy base line and its accompanied with a nice organic drum sound. This song has a nice effect that makes it feel it is a vinyl, which after each sound effect it changes and makes it a nice touch to the song. The vocals make it a nice touch and its a nice song, with a nice moving lead synth base line. It turns halve way into a rave. Nice song!

‘I Can See Boobies – Reset! and Nom de Strip’ starts out with a nice echoey lead bass sound. It turns into sampled but quick changing atmosphere. The song then goes into a trance which takes you to a next level. The lead sounds like a guitar solo which is nice. Its overall a nice tune that fits with the album.

‘Thugs – Rico Tubbs’ the song starts with a nice drum beat. Then a nice vocal part comes in, which make the mood of the song change. It sounds like a gang theme song. The song also has a nice touch when it changing into dubstep. Its really nice it gives the album some character, because the song is actually different than the others.

‘90S – Sunko’ it starts with the bouncy ness that is familiar, but here its a bass drum kicking the song of. The echoey voice is nice touch, which is shared with a distorted guitar sound. Then the song goes into deep trance, rave with the bass line. Really dark song and it sounds like it was made in the, 90S. I really like this simple, but powerful song.

‘LFOs Attack – TJR’ it starts with a classic electric drum sound which also has some nice background nice/effects made with a synthesizer. Those give the song a nice touch. The song then goes into a trance echoey rave with a different kind of synth effect. All really echoey. When the backing vocals come on the song really gets into your skin. The drum sound, sounds a bit organic not to electric which is nice. The echoey fill ins that bring the song back into swing at times are really effective way to make the listener more raved out. Its a nice song I like it.

‘Big Dipper (Hijack Remix) – Andy George’ the song starts with a repetitive vocal part which is accompanied with drums. Then the drums fade out, and it goes into with a bass line. After that a nice faster synthesized bass line continues with a accompanying drum sound. The song then changes its bass line sound, but the song is still similar. Overall the song is simple but gets you bouncing to the beat.

‘Rockerman (Lee Mortimer Remix) – Foamo’ it starts with a repetitive drum sound with a nice effect. The vocals bring you in a nice dancing house feel, which are really powerful. The sound sounds a bit different than the others, but the fill ins the synthesizer bass makes sound familiar. The bass line is really garbing the listener into a rave it is nice. Then there is a guitar fill that changes the songs mood to a more summery feel, though still with the bass fell that was introduced. The guitar sound comes in and out and makes the listener feel like the rave is a rock concert.

‘Where The Party At (Teed Remix) – Lee Mortimer’ the song starts with a nice organic drum and bass feel to it and then changes into a bouncy electro rave. The song is really not to deep than the other, but then the bass line kicks in and the listener is automatically is taken into trance. There is a nice clap complaining the iconic dirty bass sound heard throughout the album. The drum & bass feel is back at times which makes it a different and nice feel to the album. It makes you wonder ‘Where The Party At’.

‘What’s Your Game –  Will Bailey’ it starts out with a nice organic drum sound which is accompanied with a synth effect. Then the iconic dirty bass sound is introduced, with a drum and bass feel to it. The vocals sound like ‘Jay Z’ and they fit in well.  The effects make you wonder ‘Whats Your Game’.

‘Ugly Bitch – Calvertron & Lydon’ Is a song that uses a heavy but subtle base line. its a song about when you get drunk and and what drinking dose to your knowing of how people look. The voice uses a delay effect which is good uses the amount its used. The song even has effects at times they are fitting and used at the right time.

‘So Sick (Douster Remix)’ the song starts of with a early 90’s dance sound, the synth, the drums and the woman’s vocals sound like that. It sounds like a remix from ‘Steve Angelo – Be’ Until the beat changes and the bass line sounds like its part of the house seen. Its different from the iconic bass line, but in this case it fits really well, and you may say its a nice change to the album

‘Cruch Groovin – Cold Blank’ this song is really nice and sounds like the iconic bass line is back. It’s back and the synth sounds like a alarm. The vocals fit well in together as well. Over all its a nice song that gets you bouncing to a dirty bass line.

‘Continuous mix – Lee Mortimer’ the continuos mix is just a nice bonus that uses different songs. I like it, because they are not interrupted and its nice to hear a hole mix. It shows ‘Lee Mortimer’s’ skills at its best.