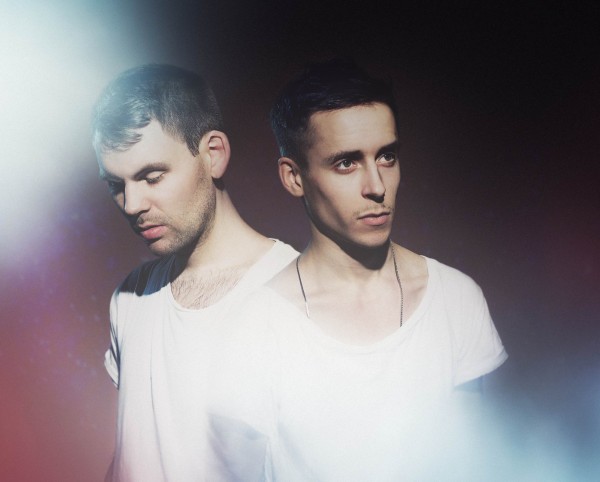 Swedish duo of Stefan Storm and Oskar Gullstrand, aka The Sound of Arrows have made a gorgeous short film to accompany their brand new single “Magic”, one which brings to vivid life the song’s breathless evocations of the fleeting innocence and beauty of childhood.
Set in a world where all the adults have disappeared, this colourful 4 minute epic brings to mind the enchanting mystery of Del Toro’s “Pan’s Labyrinth” and the playful imagination of Pixar’s creations. It is utterly enchanting and poignant, with the parent-less children roaming free across the city, before eventually stumbling upon a hidden enclave of magical creatures who become their friends and protectors. It’s “Where The Wild Things Are” meets “The Neverending Story”, and every bit as fantastical, beguiling, and eye-poppingly stunning as that sounds.

As with their past videos, “Magic” was conceived and filmed by the band themselves (and co-directed by Andreas Öhman who made the critically acclaimed Swedish film “Simple Simon”) with child actors in the surrounding areas of a small Spanish village, 2 hours from Madrid.

Explaining their absence from the video, Gullstrand explains that it is meant to be “childlike and youthful, and true to the song. When we were thinking about the video, Stefan and I first came up for about 200 ideas for a feature film…this is meant to be the trailer for that film. We wanted to capture that feeling”. We’d say they definitely have accomplished their goal.
The Sound of Arrows play the following festival dates this summer:

ESL Signs AM & Shawn Lee for their cyberspace collaboration