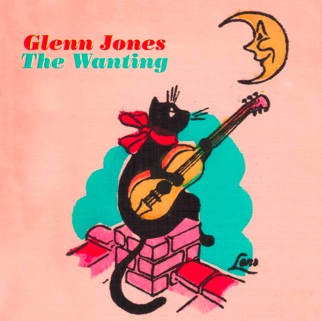 Glenn Jones is known to many as a 30+ year devotee of the so-called “American Primitive” school of acoustic steel string guitar playing. Jones started playing guitar at the age of 14 and formed the Boston psych rock band, Cul de Sac, in 1989. Twenty years and nine albums in its wake, including collaborations with guitarist John Fahey and Can’s Damo Suzuki, Jones finds himself now fully immersed in the guitar playing traditions laid out by Fahey and Robbie Basho. Glenn Jones is also notable for producing the recent John Fahey box-set The Fonotone Years (1958-1965)

The Wanting, Glenn Jones’ first album for Thrill Jockey, was recorded in a fourth floor apartment on Commonwealth Avenue, Allston, Massachusetts, a suburb of Boston, overlooking the commuter train line. If you listen carefully to the record, you can occasionally hear trains going by in the background. Reuben Son recorded the album between December 12, 2010, and April 20, 2011. The Wanting was mixed and mastered by long time collaborator Matthew Azevedo. Simply put, The Wanting is a collection of original compositions for solo acoustic steel string guitar, six-string, 10-string and bottleneck, and 5-string open-back banjo. As Glenn said a little background and context may help. So in his own words:

“The ’60s, as has been drummed into our heads to the point of tediousness, was a period of musical growth and exploration. And while there does seem to have been something in the water back then that everyone of a certain age was sipping, I came of age late in that decade. In 1967, my head was blown off by Jimi Hendrix’s second album. After hearing it, I bugged my old man till he bought me my first guitar. I was 14. Today, I consider myself to be part of a tribe of acoustic finger-style guitar players whose main inspirations are the “American Primitive” or “Takoma school” guitarists, those centered around John Fahey.

The model par excellance, and the fountainhead, John virtually single-handedly created a style of solo guitar playing, as well as an audience to support it. He was also, for people like me, the inspiration to try making some kind of coherent music utilizing the acoustic guitar myself. Playing like the people who influence you, however, only gets you so far. No matter how much one loves a particular player, or how long one studies their work, it’s all but impossible to beat them at their own game. You’re always at a disadvantage. Better, therefore, to make up your own game, devise your own strategies, invent your own rules. This is what Fahey and Robbie Basho did, as well as such lesser-known players of the early-to-mid ’60s as Max Ochs, Harry Taussig, Fred Gerlach, Dick Rosmini and others.

As I got more into the instrument and began listening to the music of guitarists of all kinds, I found that the “Takoma school” players were decidedly different from other guitarists. Despite the fact that many guitarists were technically more adept, polished or sophisticated than the American Primitives, what I like about the latter was the fact that their music was not about virtuosity for its own sake, but, rather, was a way to express some kind of feeling. Though every record I make is a ready acknowledgement of my debt to the guitarists I learned from, I strive to create music that is my own. “Strive” is perhaps not the right word. It sounds like I’m trying to do something, whereas, from where I sit now, this many years down the knife-edge, what I do is what I do: there is no trying, there is only the need to play everyday, and to create something that validates me to myself.” 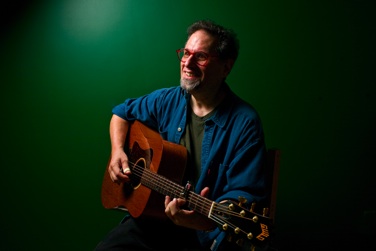 Before embarking on his solo career, Glenn put out nine albums with the Boston based psych band Cul de Sac over the course of their 20 year history, some of which included collaborations with Damo Suzuki and John Fahey.

“ an incredibly adept fingerstyle guitarist whose technique always remains in service of the song His vigorous leaps are daring but never reckless, and nearly always sublime.” – Utne Reader

“ captivating Jones’ slide work on the resonator guitar sounds especially meaty, and when all six, and sometimes 12, strings start chiming as he fingerpicks, the effect is shimmering.” – Harp

“Jones has a solid grasp of the fundamentals, not just of his instrument, but also of music-making in general. He obtains attractive and varied tones from his several open-tuned acoustic guitars, and fashions them into involving, carefully drawn and skillfully paced audio narratives that impart emotions ranging from sweet affection to complicated grief declare[s] Jones to be a musician whose moment has arrived.” – Dusted